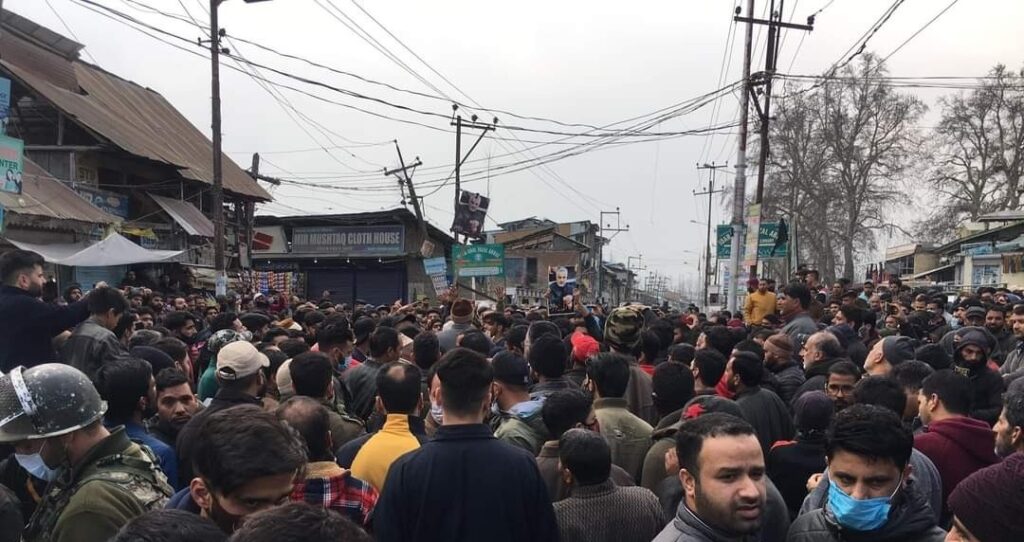 Budgam, Feb 15: At least seven people including a girl were injured in clashes that erupted in Magam area of Budgam district where some army personnel allegedly burnt the picture of Qasim Solemani, a former Iranian army commander.

Solemani was an Iranian military officer who was killed in a drone attack at Baghdad International Airport some years back.

The locals staged a protest against the Army for allegedly setting the picture of Qasim Solemani ablaze.

“We will continue to protest till there is an apology from the involved army men,” a local protestor said.

“All the injured were referred to Srinagar for treatment from SDH Magam,” the official said. (KNO) 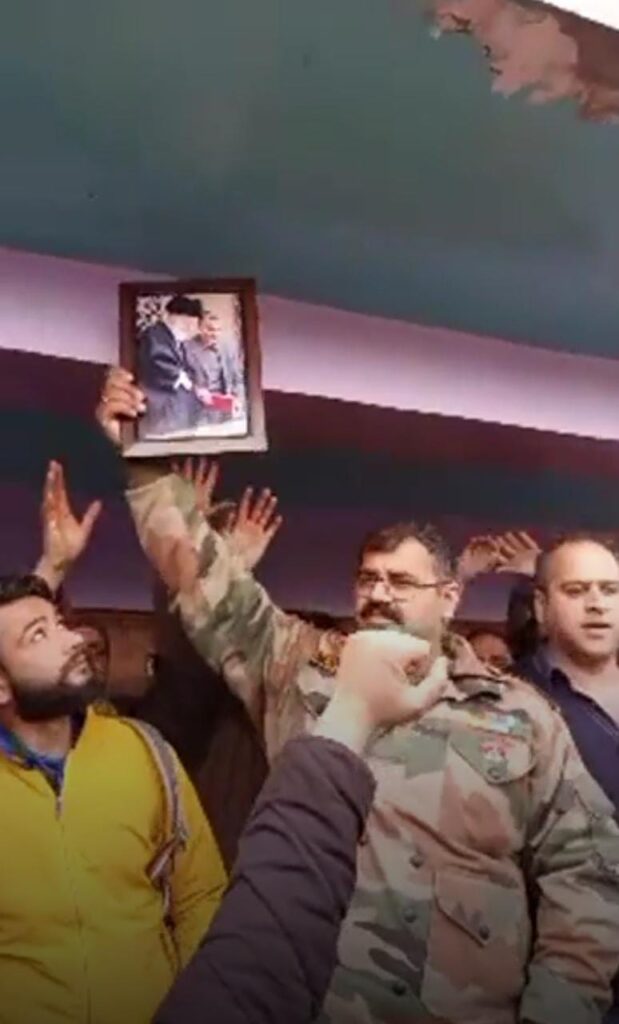 After the eruption of protests in Magam and adjacent areas of Central Kashmir’s Budgam district,  later the Army officer allegedly responsible for removing and setting the photograph of slain Iranian military commander Qasim Sulumani on fire apologized on behalf of his subordinate to people and appealed them to maintain calm

The Army officer was accompanied by Tehsildar Pattan. The officer apologized to the people present in the village and re-installed the photograph of the slain Iranian military commander.

Allegation Regarding ‘Misbehavior’ By Security Forces With Malbuchan Magam Locals Being Enquired Into: Police

Later Police said that allegation regarding “misbehavior” by security forces with the locals at village Malbuchan Magam of Budgam district was being “enquired into” and that the situation was “under control.”

“Senior Police and civil officers visited the spot and talked to the locals. Traffic is restored and situation is under control,” police said, adding, “The officers assured the locals that allegations are being enquired into and necessary action, if required, shall be taken accordingly.”