Flights not to operate after 5 pm on Fridays and Weekends in Feb, March at Srinagar Airport 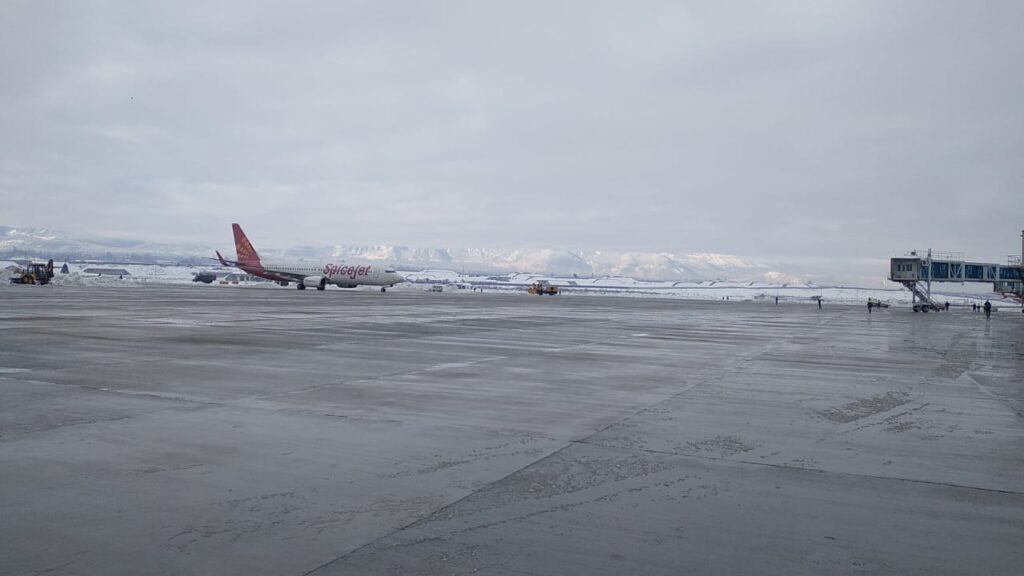 Srinagar, Feb 04: The authorities at Srinagar International Airport on Friday said that flights scheduled on Fridays, Saturdays and Sundays during the month of February and March will not operate after 5 pm due to planned repair activities on the runway on these days.

According to a statement,  a spokesperson said that  they are commencing the Polymer Modified Emulsion work on the entire runway during the months of February  and March.

“This is necessary to strengthen the runway for the operation of flight and also to control the wear and tear. This work is planned on all Fridays, Saturdays, and Sundays. We will ensure that the flight disruption is reduced to minimum by working only from 5 PM to 6 AM during the night time,” reads the statement.

It reads that the runway will be available and the flights will be operated from 6 AM to 5 PM.

It reads that passengers of the affected flights are requested to confirm the revised departure times if they have booked their flights during the month of February and March on Fridays, Saturdays or Sundays after 5 PM.