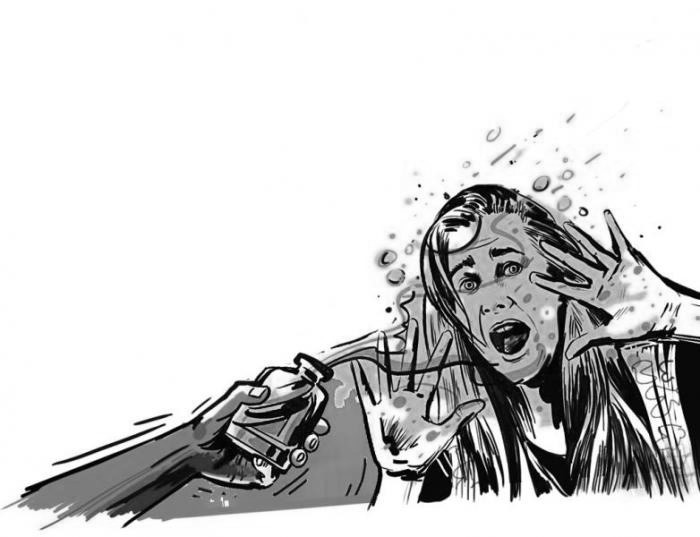 Srinagar, Feb 1: Police on Tuesday arrested a youth, hours after he allegedly threw acid on a 24-year-old girl in Wantapora area here in central-Kashmir’s Srinagar district this evening.

A police official told GNS that soon after the attack, a police party rushed to the area, which on persisting searches was able to nab the assailant. “We have taken him (assailant) into custody as to make out the motive behind the attack”, the official said.

“We are uncertain about her eyesight as of now as things are being looked into”, he further said.

The girl (name withheld) a resident of Eidgah came under attack at Usmani Colony Wantpora earlier this evening. gns