Fresh traffic to be allowed from Srinagar to Jammu on Tuesday: Officials 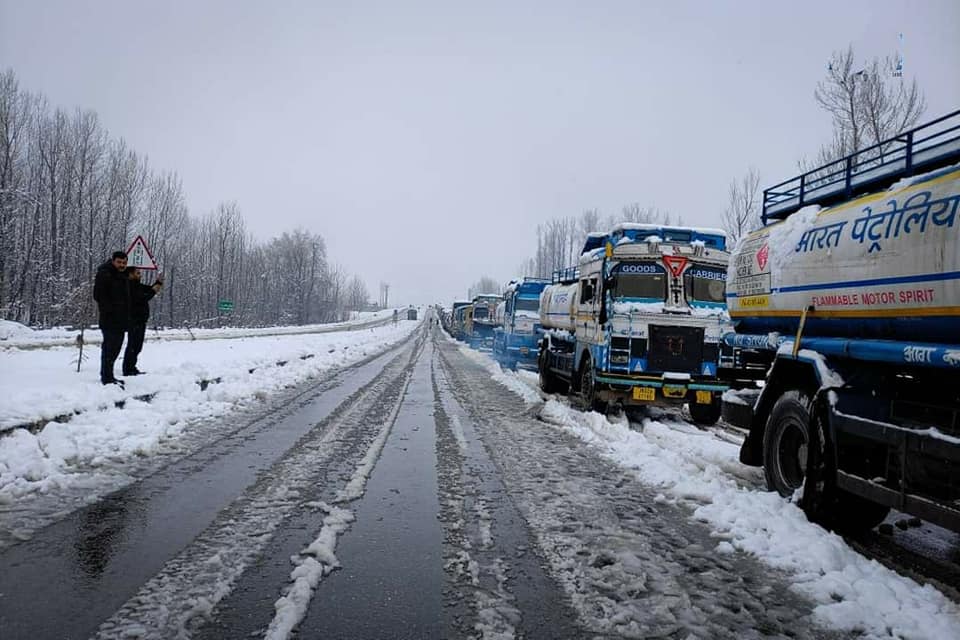 Srinagar, Jan 24: Jammu-Srinagar highway, the only surface link connecting Kashmir Valley with the outside world, will reopen for “fresh one-way traffic” after two days closure on Tuesday, officials said.

The highway remained closed till around 1300 hours on Monday as a “loaded truck was deeply embedded in the mud” near Panthyal area in Ramban district. The truck was later retrieved with the help machines employed by the officials and the stranded traffic moved from Jammu towards Srinagar.

Authorities had Sunday announced that only stranded traffic shall be allowed on thoroughfare which was closed following mudslides and shooting stones at many places on the weekend.

“On 25-01-2022, subject to fair weather and better road conditions LMVs (passenger)/private cars shall be allowed from Srinagar towards Jammu (strictly one way) on Jammu-Srinagar highway,” a traffic department official here told GNS. Traffic Control Unit Srinagar shall liaise with TCU Ramban before releasing the traffic, he said.

Regarding cut off timing, he said, for LMVs/private cars from NAVYUG Tunnel (Qazigund side) it is at 0900 hours to 1200 hours, “subject to change depending on the road position then”.

Regarding HMVs/load carriers, he said, subject to fair weather and better road conditions, they shall be allowed from NAVYUG Tunnel (Qazigund side) towards Jammu after assessing the traffic situation on highway. TCU Srinagar shall liaise with TCU Ramban before releasing the HMVs, the official said.

“Security Forces are advised/requested not to ply against advisory/ traffic plan in view of traffic congestion on Jammu-Srinagar highway,” he said, adding, “they may ply from Srinagar towards Jammu after confirming the status of highway.’