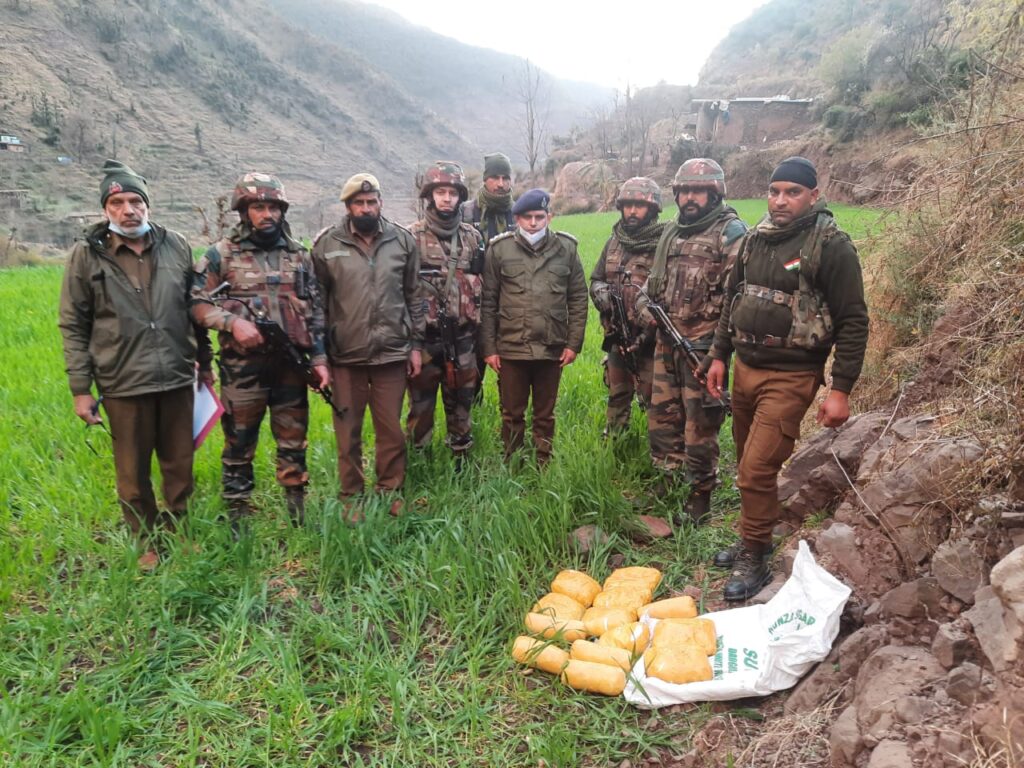 Poonch, Jan 21: Army and police on Friday claimed to have recovered 31 kilograms of narcotics along the Line of Control in Poonch district.

“Based on inputs of likely smuggling of Narcotics through the Line of Control in Poonch, Indian Army along with JKP launched relentless operations in the area,” Lt Col Devender Anand, Jammu-based PRO (Defence) said in a statement .

“The operations were backed up with a well integrated surveillance grid coupled with extensive domination of the areas close to the Line of Control,” he said, adding, “On 19 and 20 January, Narcotics weighing approximately 31Kg have been recovered in a search operation conducted by Indian Army and JKP, very close to the Line of Control.’ The nature of the narcotics claimed to have been recovered has not been given out so far.