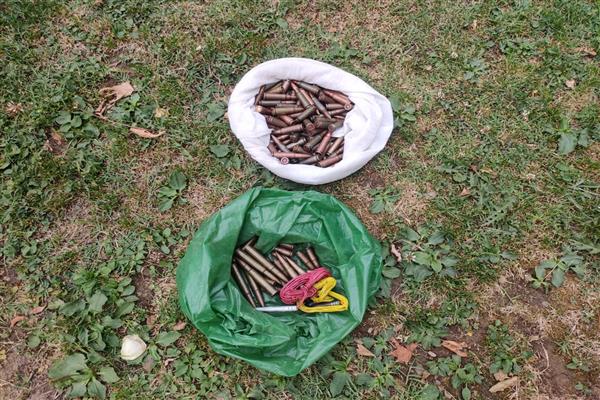 Srinagar, Jan 14: Govt, forces on Friday recovered a cache of ammunition during a cordon and search operation in Watlar orchards in Central Kashmir’s Ganderbal district officials said on friday.

Official sources said that a 24 RR and Special Operation Group (SOG) launched a search operation in watlar area and recovered cache of ammunition from orchards.

They said that during search operation, 06 Ak rounds, two Grenades, 3 UBGL, 7 detonators, 3 fuse, 1 Bag and a pouch were recovered.

Meanwhile, a case has been registered in this regard and further investigations taken up.