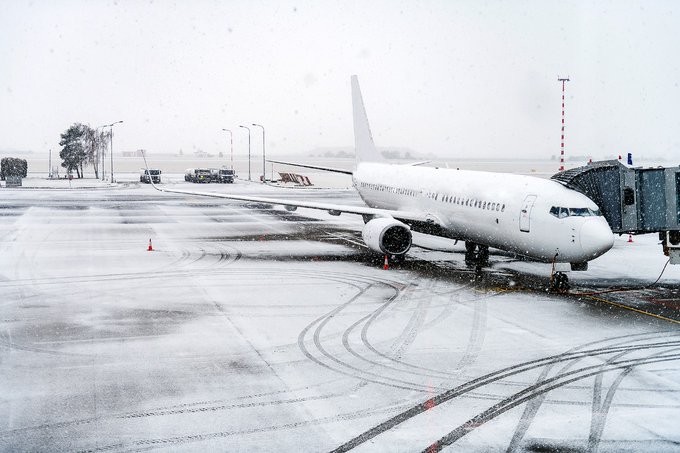 Srinagar, Jan 08: Amid fresh snowfall, accumulation of snow on the runway and low visibility, at least 43 flight were cancelled at Srinagar International Airport on Saturday, said director Srinagar Airport.

Director Srinagar Airport, Kuldeep Singh said that 43 flights were cancelled today due to fresh snowfall, accumulation of snow on the runway and low visibility.

He also said that they cannot take call on whether flights can operate tomorrow also, as there are consecutive snowfall intervals and low visibility due to inclement weather.

Meanwhile, Srinagar Airport on its official Twitter handle said that all flight operations at the airport were cancelled today due to low visibility.

“The visibility at our airport is 600 M with continuous snowfall, All SpiceJet and Indigo flights have been cancelled. The passengers shall be accommodated in the next available flight of the concerned airlines,” it Tweeted.

It also said that for rescheduling of flights no extra fee will be charged from the travellers.

“No extra charges are payable for such rescheduling. Full refund is also available if passenger want to cancel their tickets,” it said in another Tweet.

A spokesperson said that tomorrow as well, vehicular movement on Jammu-Srinagar NHW will remain suspended as heavy rains and snowfall has triggered large scale shooting stones activity, landslides and slippery road conditions on the NH-44.

The statement reads that the highway is blocked at many places and people are advised and requested not to undertake any journey on NHW till the restoration work is completed and surface is traffic worthy.

It also said that Mughal Road continues to remain closed for vehicular movement in view of snow accumulation at Peer Ki Gali.