Get united or no land will be left for our youth: Mehbooba Mufti to people

‘Will continue peaceful struggle till centre returns what was snatched, will follow footprints of Mufti Sayeed for resolution of K-issue’ 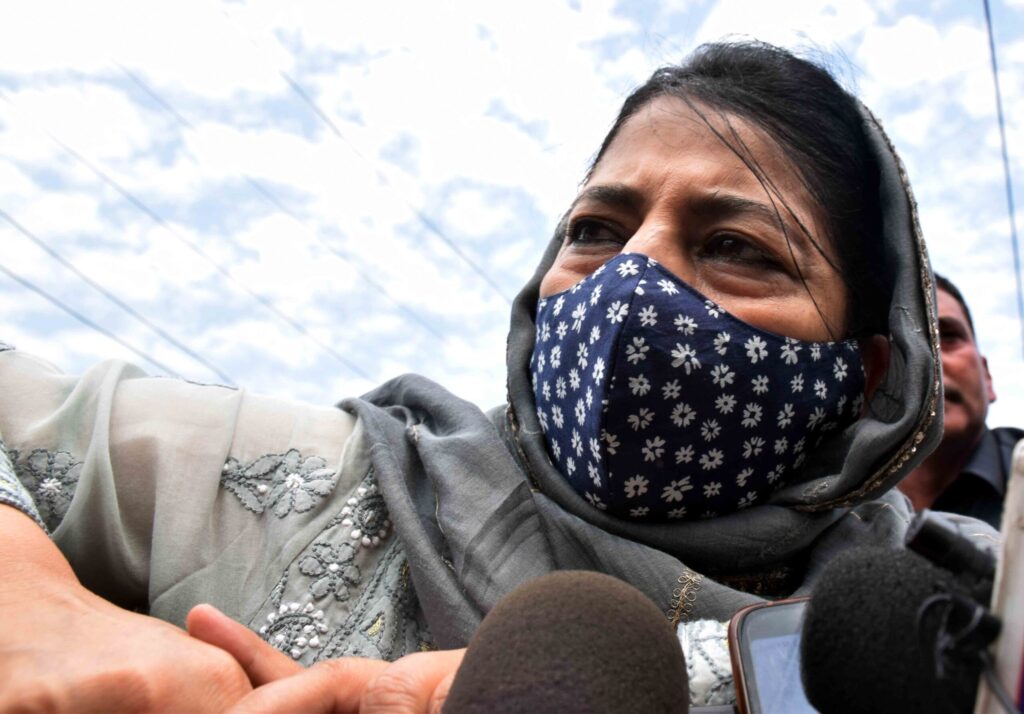 Srinagar, Jan 07: It is time for all of us to join hands against the government move to provide land of Jammu and Kashmir to outsiders, otherwise, there will be no land left for the local youth, Former Chief Minister and PDP president Mehbooba Mufti said outside the grave of his father in Bijbehara.

“Kashmiris, Dogras, Bakerwalas and all others must get united at this stage and if they won’t unite now, local youth will find it difficult to step out as no land will be left for them, ” she said, adding that there is need not to lose hope but to fight.

“The Government of India wants us to pick up guns and stones so that they can kill us but we will neither pick up stones nor guns but will continue our peaceful struggle till the government returns all what was snatched from us along with interest,” she said.

She said that they will follow the footprints of late Mufti Mohammad Sayeed for peaceful resolution of the Kashmir issue which has already taken the toll of thousands of youth and left thousands of women widows and children orphans.

Meanwhile, thousands of PDP workers had thronged to the Daro Shiko Bagh in Bijbehara to pay tribute to the founder of the party on his sixth death anniversary.

Eyewitnesses said that Mehbooba Mufti along with workers had first blocked Bijbehara-Pahalgam after they were allegedly not allowed to enter into the garden.

However, later they were allowed to offer Fatehi Khawani at the grave of Mufti Mohammad Sayeed.

“On Mufti Sahab’s sixth death anniversary, Id like to thank everybody who paid rich tributes to him. We continue to believe & strive for his vision of a dignified & empowered J&K,” Mehbooba Mufti tweeted.