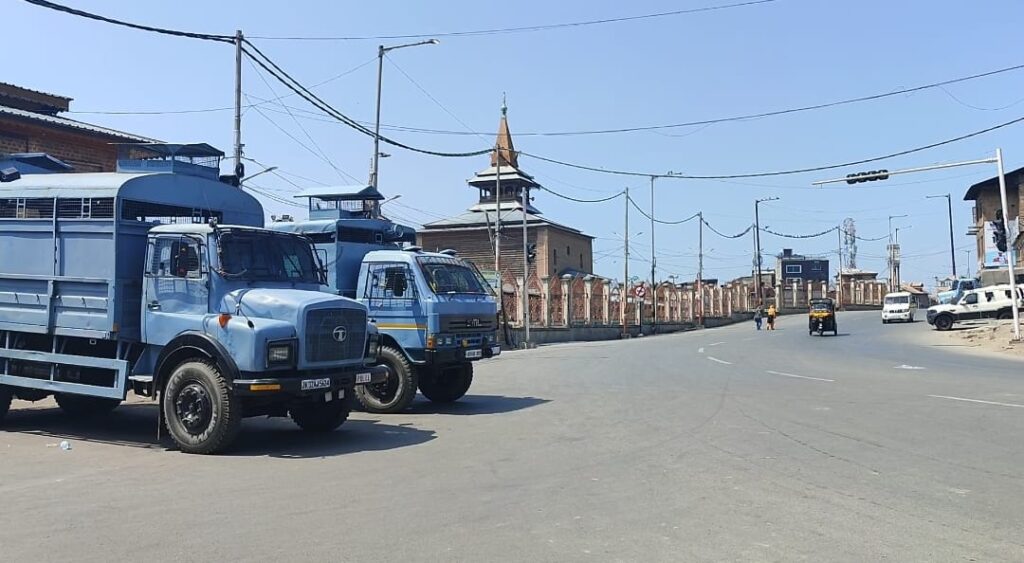 It has vehemently condemned the police action, a statement said.

The Anjuman and the Muslims of Kashmir are unable to understand that on the one hand, all the places of worship, mosques, shrines, imambargahs and khanqahs in Jammu and Kashmir are open for Friday prayers, but only Jama Masjid Srinagar continues to be selectively banned and restricted from holding Friday prayers, which is extremely unfortunate and incomprehensible.

This behaviour of the rulers is tantamount to sheer interference in religion and hurting the religious sentiments and feelings of Muslims, which is unacceptable, the Anjuman said in a statement.

“Due to the continuous closure of the grand mosque, there is hurt and anger among the people from all walks of life including men, women and elderly people who want to come to the Jama Masjid to perform important duties such as Friday prayers. They see this attitude of the rulers as utterly offensive and vindictive,” Anjuman said.

Anjuman also expressed strong resentment against the continuous incarceration of its head Mirwaiz-Umar Farooq, who continues to be under illegal and arbitrary house arrest since 5 August 2019, saying it is extremely unfortunate and unacceptable for all sections of the people to prevent the topmost religious leader of Kashmir from discharging his official duties and carrying out his peaceful activities as Mirwaiz.