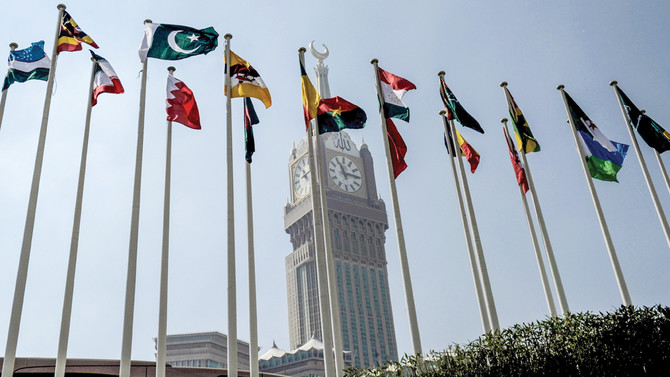 ISLAMABAD: The Organisation of Islamic Cooperation (OIC) on Sunday set up a humanitarian fund to be operated by the Islamic Development Bank (IDB) to help avert the humanitarian and economic crises in Afghanistan, as Prime Minister of Pakistan Imran khan warned that Afghanistan  could potentially become the “biggest man-made crisis” if the world did not act, Express Tribune reported.

The announcement of the fund was part of the measures the 57-member Islamic bloc agreed upon after the 17th Extraordinary Session of the Council of Foreign Ministers of Organisation of Islamic Cooperation (OIC) hosted by Pakistan.

However, it is unclear if the decisions made by the OIC will make an immediate impact on the ground in Afghanistan, which is in dire need of humanitarian assistance, the report said.

The humanitarian fund would channel financial assistance to be provided by member states to Afghanistan.

The reason the trust fund has been set up is to establish a channel through which assistance could be provided to the people of Afghanistan.

Currently, because of the sanctions imposed by the US and other Western countries, there are no formal banking channels or financial system operating in Afghanistan.

In the absence of formal banking channels, the countries interested in helping the people of Afghanistan are finding it difficult to do so.

However, no pledges or donations were made yet to the newly created fund as Qureshi said the fund was just announced and hopefully member countries would start contributing to it soon.

He also admitted that another reason the fund was set up was because some of the member countries were not willing to channel assistance through the Taliban government.

The OIC secretary general appointed a special envoy on Afghanistan, who would make sure the decisions made at the Islamabad conference were fully implemented. Over 20 foreign ministers including those from Saudi Arabia, Turkey, Iran, Jordon, Kuwait and Bangladesh attended the day-long meeting at the Parliament House. The foreign delegates were seated in the National Assembly hall, which otherwise is reserved for elected representatives.

The permanent members of the UN Security Council, European Union and international financial institutions also came to the meeting, making it the biggest international gathering on Afghanistan since the Taliban takeover in the war-torn country. The Afghan acting foreign minister was also in attendance but was not given the podium during the open session. However, he did speak during the closed door session of the OIC meeting.

The OIC member countries, which were gathered to assess the current humanitarian situation in Afghanistan, were confronted with a grim scenario by a senior UN official. UN Relief Chief Martin Griffiths, who delivered the address on behalf of the global body’s secretary general, gave a startling presentation about the nightmare scenario in Afghanistan. “[Around] 23 million people are already facing hunger. Health facilities are overflowing with malnourished children. Some 70 percent of teachers are not getting paid and millions of children, Afghanistan future, are out of school,” Martin said. (Express Tribune)