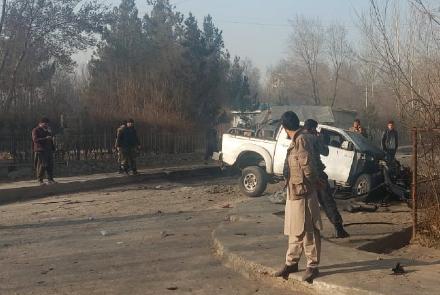 Eyewitnesses told TOLOnews that the explosion was due to a magnetic bomb blast. The incident occurred on Friday afternoon in the Parwan-e-Si area of PD4 of Kabul city.

“The security officials will thoroughly investigate the incident and bring the perpetrators to justice,” the Interior Ministry said in a tweet.

No group has yet claimed responsibility.