Kashmir to expect snow on the eve of Christmas, Met Deparment forecasts 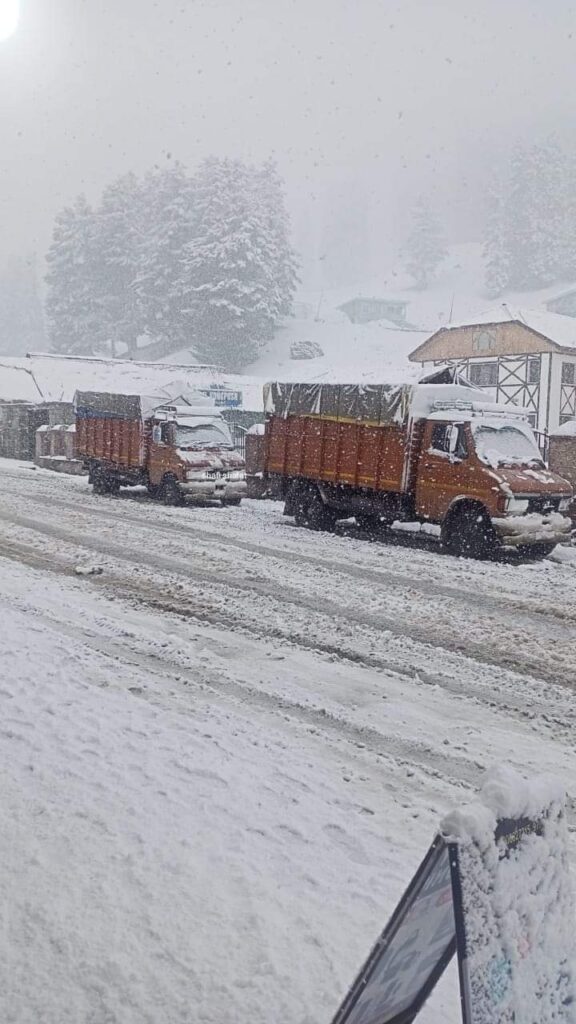 Srinagar, Dec 16: As the cold conditions prevail across Kashmir, the weatherman here has predicted fresh snowfall on the eve of Christmas, saying that a Western Disturbance (WD) is affecting Jammu and Kashmir on December 24.

Notably, the 40-day harsh winter period in Kashmir, known as Chilai Kalan, will commence on December 21.

According to the news agency—Kashmir News Observer (KNO), Director Meteorological department, Sonum Lotus informed that with 70 percent chances, a WD is affecting Jammu and Kashmir & Ladakh Union Territories during December 24-26.

“As of today, an active Western Disturbance is most likely to affect J&K and Ladakh during 24-26th Dec. (70%Probability of occurance),” Lotus tweeted.

He further stated that there is a possibility of snowfall on the eve of Christmas, saying that a good snowfall is expected during December 23-December 25.

Pertinently, the weatherman said that the weather conditions would remain mostly dry till December 23.

The temperature plummeted across Kashmir as most parts of the Valley including the summer capital of Jammu and Kashmir, Srinagar, recorded the coldest night of the season in the previous night.