‘All the political leaders have deceived people of J&K by raising hollow slogans’: Azad 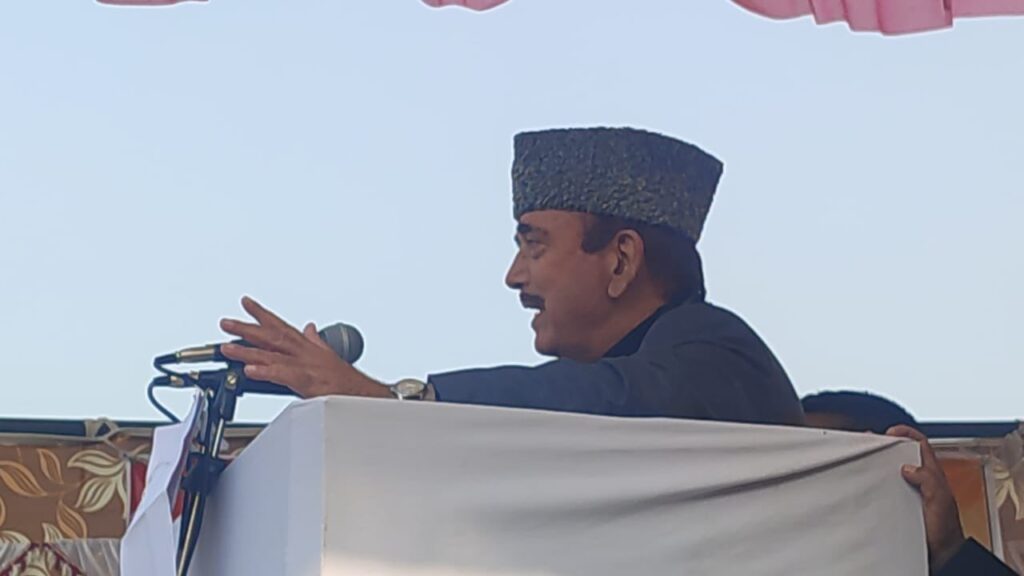 Jammu, Dec 03: Senior Congress leader Ghulam Nabi Azad Friday said that PDP sought votes from people of Jammu and Kashmir to keep BJP away but later the same party entered into an alliance with the BJP in 2018 and the results are well before the masses.

He said perhaps J&K is the only place that has been under Governor and Lieutenant Governor’s rule most of the time in India.

Addressing a gathering at Rajouri, Azad said that almost all the political leaders have deceived people of J&K by raising hollow slogans and breaking the promises made to the people.

“When we are witnessing LG rule, the political leaders who cheated people are silent,” he said. He said that PDP sought votes from people to keep BJP away from political arena but later joined the hands with the same party to form the government in 2018. “Results are well before people of J&K,” Azad said.

He said that during Governor and LG rule, it is the bureaucracy that rules the people actually. “But in a democracy, there is no place for bureaucracy to rule people,” Azad said.

He said there is inflation across J&K and the example was during Congress rule cooking gas cylinder would cost Rs 450 but today the same is sold at Rs 1100. “Petrol, diesel, vegetables, fruit, oil prices are touching new heights,” Azad said, adding that unemployment is rising each day.

He said J&K is a place worst hit by bloodshed as there are hundreds of widows, and orphans. “We lost hundreds of civilians also. 60,000 civilians were killed in the militancy related incidents in J&K. The figure includes some 6000 Hindus and Kashmiri Pandits but majority of those killed were Muslims,” he said if militancy ends, that would help take J&K to new heights on developmental front. kno