‘No time to play into the hands of those who disempowered, humilated & disposed us off’: Nayeem Akhter on Omar Abdullah’s statement 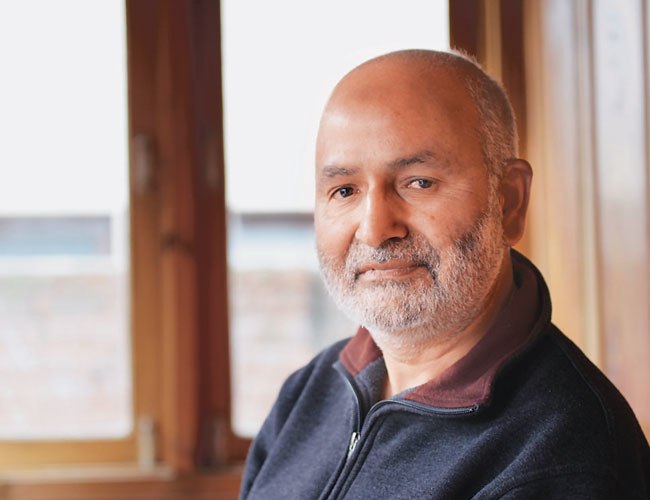 Srinagar, Nov 30: Reacting to NC vice-president, Omar Abdullah’s statement, People’s Democratic Party senior leader, Nayeem Akhter on Tuesday said that they don’t know on what basis Omar gave such a statement, however, PDP has always tried to be the voice of the people.

Akhter said that it was PDP that took an initiative to form People’s Alliance for Gupkar Declaration (PAGD) in order to stand united with all the political parties and be a voice for the people of Jammu and Kashmir.

Reacting to Omar’s statement, Akhter said that PDP at this time doesn’t have any interest in arguing with any political parties. “After the  abrogation of article 370, the situation has worsened in Jammu and Kashmir and in these uncertain times, there is no scope for internal rivalries,” he said

“I don’t think we should be playing into the hands of those who have disempowered us and humiliated us besides disposed us off everything and every right,” he added.

Akhter said that the policy of PDP has always been that they will hold talks only with the elected representatives.

“Now there is no scope for any leader of J&K to do any internal politics. There is no space for arguing with one another. We all should stay united otherwise the future of J&K will get ruined. The state has been downgraded to Union Territory and this is not the time for internal rivalries but to speak unitedly to save the future of Jammu and Kashmir,” he said.

Replying to a question, he said that nothing will change even after elections and whosoever will be elected as the Chief Minister of J&K, he will be just a puppet of the Centre government.

“So, this is not the right time to abuse one another. It was his (Omar Abdullah) personal statement but PDP doesn’t want to speak about his statement. We don’t have any grudges for Omar’s statement. PDP will continue its stand till the rights of people are not restored. These absurd statements would not let us down,” Akhter said.

He further said that if the National conference is doing efforts to restore article 370 and statehood then the PDP will always support them.

Talking about Mehbooba Mufti’s statement of proxy parties, Akhter said that it is evident as everyday different parties give different statements. “Every party is indulged in abusing and opposing one another. The main issue has been forgotten. Nobody is talking about the main issue and only giving statements to downplay each other,” he said.

Replying to a question, Akhter said that the only aim of PAGD is restoration of state’s rights, which were scrapped unconstitutionally. “But PAGD is not a merger of the political parties. Every political party has its own agenda aside from PAGD.”

He said that PDP wants that no such statements should come up which will break the unity of PAGD. “The aim of our politics at this time should only be the restoration of our rights instead of playing own politics,” he said.