Mine Blast in Poonch, Horse Injured 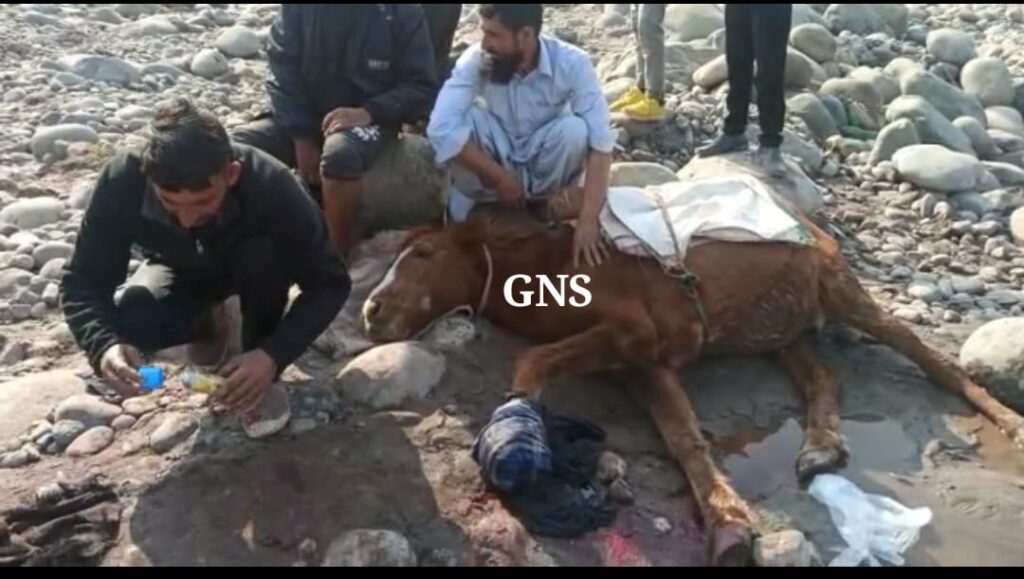 Poonch, Nov 27: A horse was injured in a landmine blast occurring along Battar nallah in Poonch district on Saturday afternoon, officials said.

They said  that horse belonging to one Maroof Ahmed son of Mohd Bashir, resident of Purani Poonch was injured in the blast.

Several others horses present at the site however escaped unhurt, they further said. gns