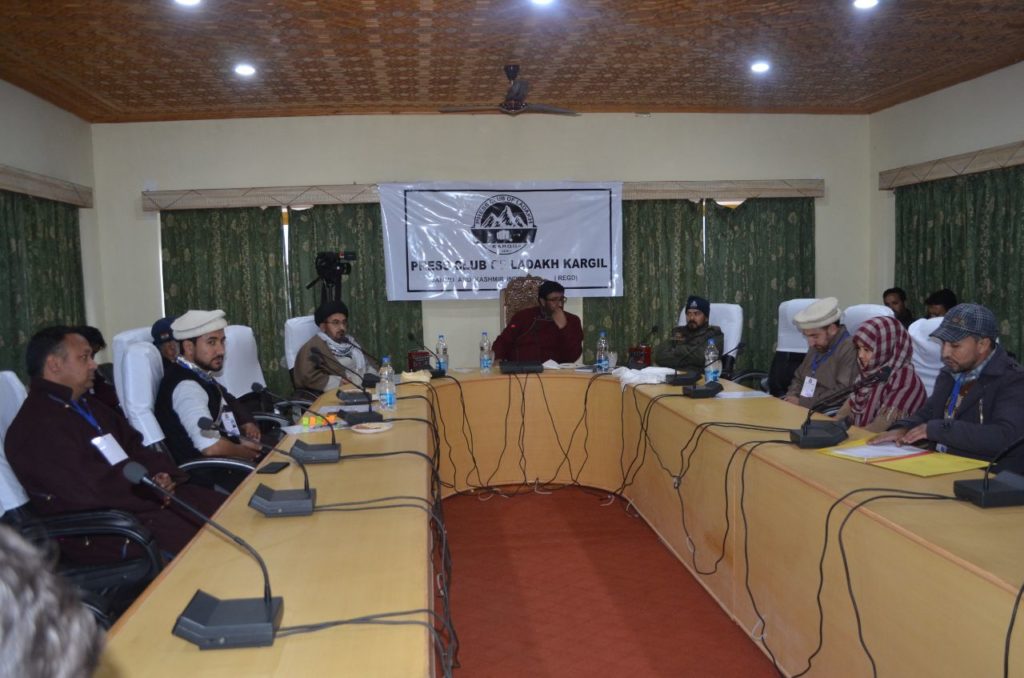 Leh, Nov 13: Apex Body and the Kargil Democratic Alliance (KDA), the two prominent bodies of the Ladakh region, have called for a complete shutdown in the Union Territory on December 6 against the Government of India for not granting the constitutional safeguards to the UT.

Two groups were formed in the twin districts of Kargil and Leh including Apex Body and Kargil Democratic Alliance following the region’s resentment against the central government for failing to provide constitutional, Job, and land safeguard to the region after the creation of separate Union Territory in August 2019.

The groups since then have held at least one meeting each with the MoS Home during which they were assured about the formation of a joint group from the region and a committee headed by the Union Minister to look into the demands and possibilities of constitutional safeguard.

The two groups—KDA and Apex Body Saturday held a joint meeting at Kargil to decide the future roadmap and to strengthen their agenda.

Addressing a news conference on the sidelines of the joint meeting Former Minister and the chairman of Apex Body Thupstan Chewang  said that the central government has failed to fulfil its promises and hold the dialogue process despite the assurances from the Home Ministry saying that the region is facing immense challenges and difficulties in absence of the constitutional safeguard while the students are facing a tough time.

He said that “We have already raised our four-point demand which includes full-fledged statehood, job policy, constitutional and land safeguard beside the separate Member Parliament seats for twin districts of Leh and Kargil.”

Chewang further said that in response to the inaction of the central government despite assurances the two groups in the joint meeting today have decided to strengthen the demands for good of the region and hold the first Ladakh Bandh on December 06 next month to press for the demands.

“We will take our agenda to people and make them understand the demands and we believe that people will embrace that since the safeguard and reservation are more important”, he said.

We have already raised our four-point demand which includes full-fledged statehood, job policy, constitutional and land safeguard beside the separate Member Parliament seats for twin districts of Leh and Kargil.

Asgar Ali Karbalai the Co-chairman of Kargil Democratic Alliance (KDA) speaking on the occasion said that even after the passing of three months, despite assurance to hold dialogue with the regional leaders the central government has failed to initiate the process.

“Some vested interests tried to create a rift between KDA and Apex Body and divide the two groups both have fought against such powers for the benefit of people and this region”, he said.

“The central government seems not concerned about the demands and that’s why they are taking as much time and Ladakh and its people cannot remain silent furthermore as there will be pan region protests and strikes against the inaction of government as they have failed to initiate the process despite assurance and there will be complete Chakka Jam on December 06”, he said.

Karbalai said that with the improvement in weather conditions, massive protest rallies will be organized with attendance of both KDA and Apex Body

He accused BJP of trying to divide the two groups by using every means adding that a committee will be formed by KDA and Apex Body to reach out to people with the joint agenda.

The leaders of two groups demanded recruitment process be held immediately besides stopping of outsourcing of recruitment and the central government is sincerely concerned about the demands of the region must fulfil the four-point agenda immediately. kno