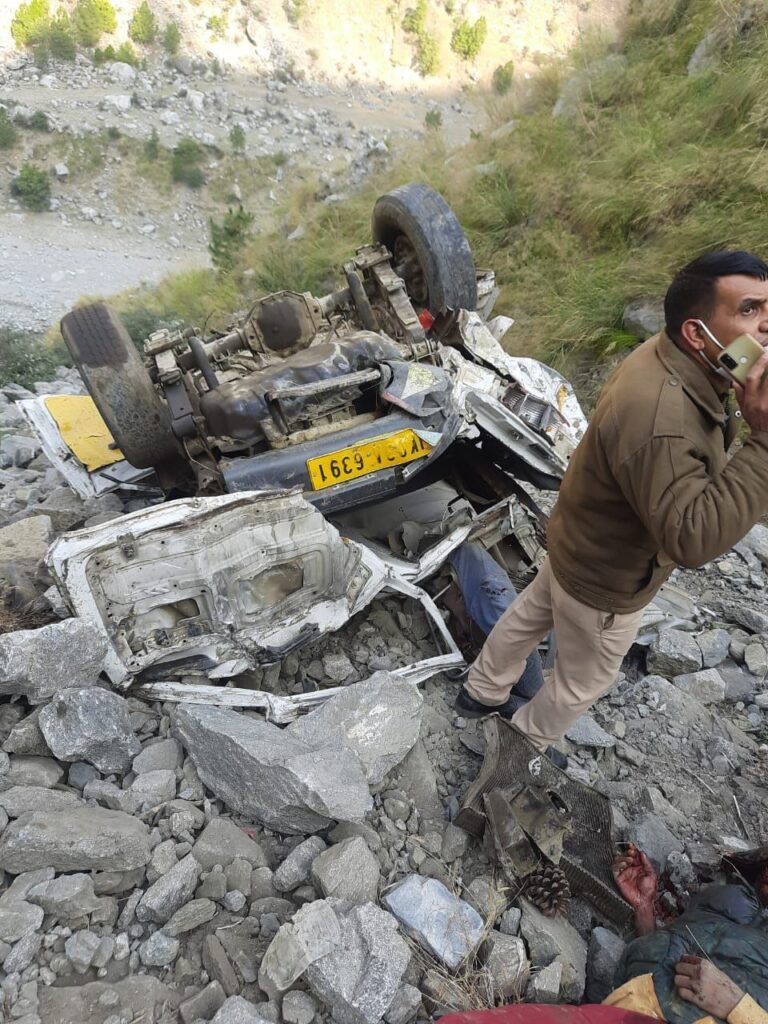 Jammu, Nov 13: Three persons from Uttar Pradesh were killed and eleven others including four children were injured when a passenger cab they were travelling in skidded off the road and fell into a very deep gorge near Digdol along Jammu-Srinagar highway in Ramban district on Saturday.

Official sources said that the sumo vehicle (JKO3A-6391) was overloaded with 14 passengers including on board when it met with the accident. Soon after the accident, locals and paramilitary CRPF besides Quick Response Teams and police rushed to the spot and shifted all persons, some of them in critical condition, to local Sub District Hospital. One person died before being admitted to hospital while two others succumbed to wounds at SDH Ramban and GMC Jammu. Five of the critically injured persons were referred to GMC Jammu for advanced treatment.

Those killed in the accident were identified as Gulzar (19) son of Irfan, Sameer (24) son of Tahir and
Ashu (35), all residents of Uttar Pradesh.

A police officer said that about 1000 hours, the sumo vehicle while coming from Jammu to Banihal lost control and the vehicle fell into a deep gorge at Samadhi Morh, Digdole, Ramban.  He said a case has been registered.  gns