‘Were on a mission to kill a militant’: Civilian injured in a shootout at JVC hospital Srinagar 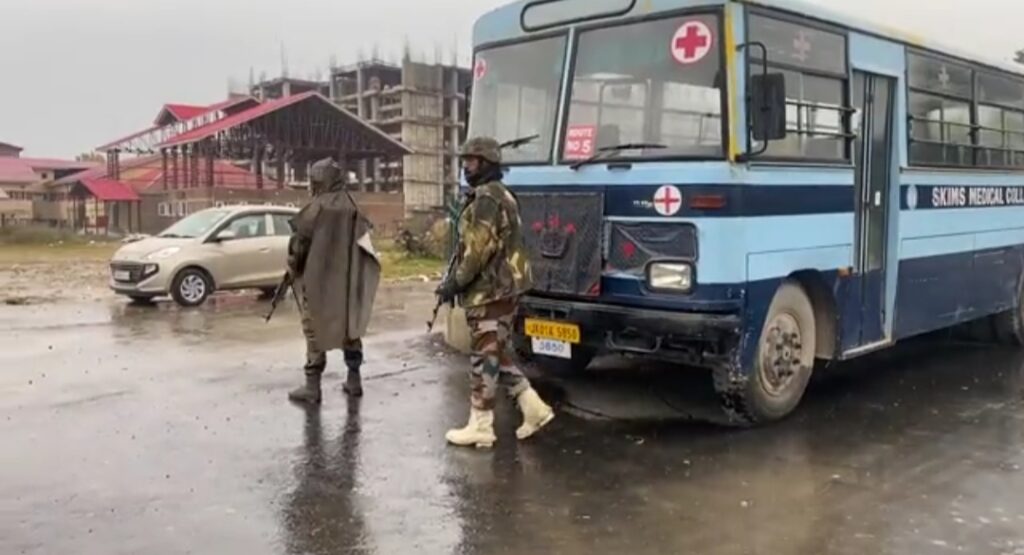 Srinagar: Militants fired on government forces near JVC hospital in Kashmir capital Srinagar leaving a civilian injured and managed to flee from the spot, sources said.

They said that one person from Doda identified as Masood Ahmad (19) son of Safdar Ali was injured in this brief firefight. Ahmad received a bullet in right arm and an injury at back.

If sources are to be believed “police in civil dress were on a mission to kill a top militant commander probably Mehraan, a resident of Srinagar at JVC hospital when he fired back with a pistol and ran away,” sources added.

An official told KDC that there was a brief fire fight between militants and security forces at SKIMS Bemina however; they managed to escape taking advantage of civilian presence.

A case under relevant section of law is being registered in this regard and searches have been launched to nab the attackers, he added. (KDC)