Heightened security measures in place; areas where minorities live to remain under drone surveillance; MBV’s to make rounds of vulnerable roads; additional nakas set up in city; Boulevard road out of bounds for people for two days 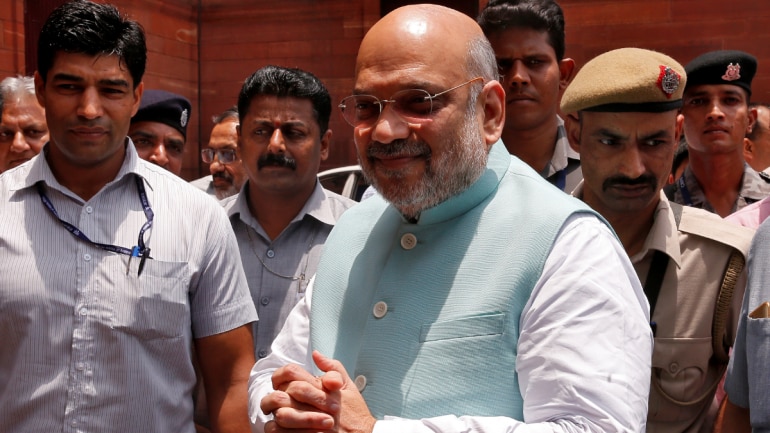 Srinagar, Oct 22: Stringent security measures are in place for the smooth visit of Union Home Minister Amit Shah, who is arriving on a three-day visit to Jammu and Kashmir on October 23, officials said Saturday.

As part of the upgraded security measures, CRPF and police have put in place drones to ensure aerial surveillance of Lal Chowk area of Srinagar and the areas where members of minority community are putting gup. Shah is arriving in J&K at a time when Kashmir has witnessed spate of selected killings and when the deadly encounter has entered into 9th consecutive day at Bhata-Dhurian in Poonch district of Jammu.

Reliable sources said that for the smooth visit of Home Minister Shah, special commandoes and additional forces have been deployed in twin capital cities of Srinagar and Jammu. A senior police officer said that elaborate security arrangements are in place for the hassle free visit of VVIP. “Additional forces have been deployed at vulnerable points and mobile vehicles will also make rounds of city centre to keep a close eye on the suspects,” the officer said.

At the commercial hub Lal Chowk in Srinagar, police and the CRPF conducted successful testing of drones for keeping areas where members of minority community are living under surveillance. “We have successfully conducted the drone test today. The exercise is aimed to keep Lal Chowk and the areas where members from the minority community are living, under constant surveillance,” said Deputy Inspector General (DIG) of CRPF Mathev A John.

Sources said that police continued to the crackdown on bikes in Srinagar and elsewhere as part of its stepped up security drill a head of the Union Home Minister’s visit to J&K. “I was having proper documents of my two-wheeler and yet my bike was seized at Ram Munshibagh area of Srinagar,” said Lateef Ahmed, a resident of Bemina.

As part of the heightened security in Kashmir, many new make-shift bunkers have been set up in various parts of the city to keep a close watch on the suspicious elements. Residents of many areas of Srinagar also complained of poor mobile network and frequent disruption of mobile internet services in their areas.

Sources said that the Union Home Minister will visit all three regions of the J&K. “He will address a rally in Jammu, and visit Ladakh UT as well. In Srinagar, he is likely to chair a high level security meet,” a source privy to Shah’s itinerary told KNO. The authorities have closed the Dalate-Boulevard road and traffic has been diverted from an alternate route. The road will remain out of bounds for common people for two days from October 23. kno