Additional round the clock nakas set up in Lal Chowk, its adjoining areas to keep eye on suspects, City Centre already under drone monitoring’ 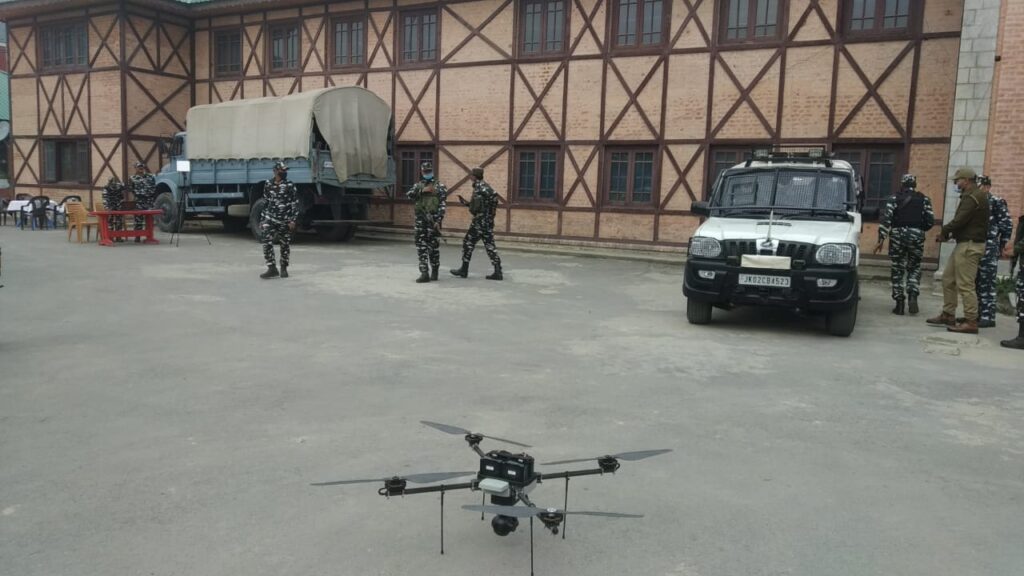 Srinagar, Oct 22: Jammu and Kashmir police and the Central Reserve Police Force (CRPF) have jointly put in place an “aerial surveillance cover” for the areas where minority community members are living and also the city Centre Lal Chowk to prevent further attacks by militants on the eve of Union Home Minister Amit Shah’s visit to J&K on October 23.

Police and the CRPF tested drones at Pratap Park area of Srinagar on Friday ahead of Shah’s visit. Talking to reporters, Deputy Inspector General of CRPF (operations) Mathev A John said that CRPF along with the Police have tested drones that will be used for aerial monitoring of the areas where members of minority community are living. “The step has been taken in the wake of recent attacks on minority community members and non-local labourers,” the DIG CRPF said. He said that there will also be aerial surveillance in Lal chowk and its adjoining areas.

The CRPF officer said that in Lal Chowk additional round the clock nakas have been put in place jointly by the Police and CRPF to keep a close watch on the suspects. kno