LG, Others Condemn: “I Urge People To Speak In One Voice” 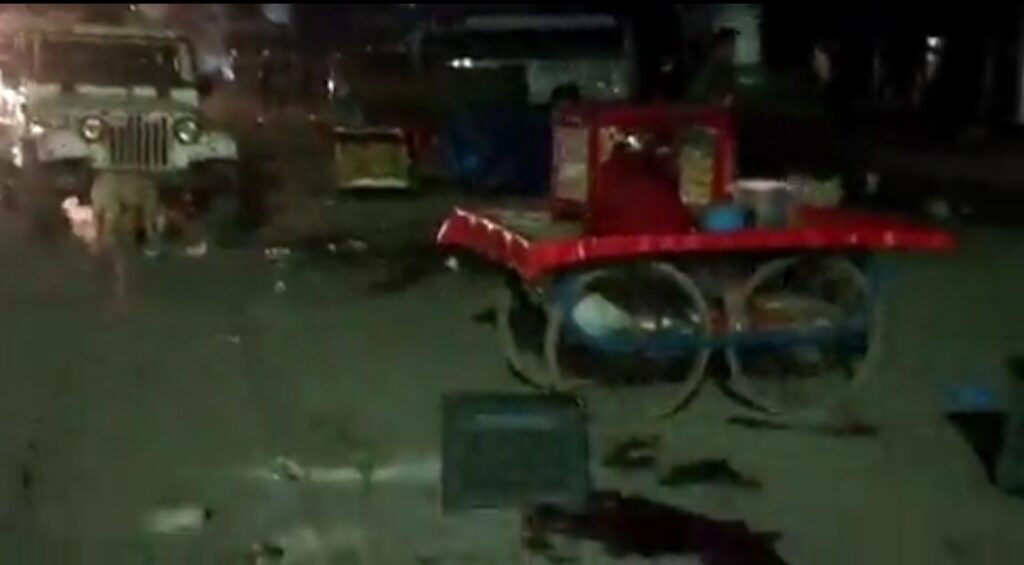 A police officer said that the gunmen fired upon the non-local from UP, Sageer Ahmad, near Litter Pulwama this evening, leaving him critically injured. Carpenter by profession, Sageer was removed to hospital where he succumbed, they said. The killing comes less than an hour after unknown gunmen shot dead non-local street hawker, Arvind Kumar, near Eidgah in Safa Kadal area of Srinagar.

Official sources said that the gunmen fired in Kumar’s head. Kumar, a resident of Bihar, was removed to nearby SMHS hospital where he was declared dead on arrival.

Confirming it, medical superintendent Dr. Kanwaljeet Singh said that the 40-year-old had a bullet in the head and was brought dead to the hospital.

Lieutenant Governor Manoj Sinha while condemning the killings said that perpetrators of these “heinous attacks will be punished soon.”

“We have intensified our efforts to crush (militants) & their ecosystem. They will have to pay a very heavy price for killing innocent civilians. I urge people to speak in one voice & join hands in the fight against terror.”

CPI (M) leader Mohammad Yousuf Tarigami said that the killing of two non-local workers in Srinagar and Pulwama is unfortunate. “Such barbaric incidents have no place in a civilised society,” he said in a statement.

“We condemn these killings in the strongest words and express deep sympathy with the bereaved families.”

“Another man who came to the valley in search of an income, in this case as a carpenter. His death in the 2nd terror attack today is a grim reminder of the precarious security situation in Kashmir these days,” he said in a tweet

“Such unfortunate incidents only reinforce the immediate need to reach out to the people of J&K by initiating a constructive dialogue.”

The party spokesman in a statement expressed grief over the tragic incidents in Eidgah Srinagar and at south Kashmir’s Pulwama. He said that the killing spree of innocent civilians is excruciating and every heart in Kashmir is wailing over such tragic incidents.

“What was the fault of poor vendors who come from various parts of the country, bear all hardships in order to earn livelihood for their families. Killing them in cold blood can’t be anything but brutal. Those behind such heinous acts must be punished and punished with all severity,” the spokesman said.

The Jammu and Kashmir Pradesh Congress Committee (JKPCC) termed the civilian killings as unforgiveable, mindless and strongly condemned the fresh violence in which two non local labourers were killed in Srinagar and Pulwama Districts.

In a statement here, JKPCC Chief Spokesperson termed the “cold blooded murder of non-local laboures in Srinagar and Pulwama area of South Kashmir as brutal and unacceptable.”

“The killing spree of innocent civilians is unbearable and unacceptable,” the spokesman said and urged the government to identify the “killers for exemplary punishment.”

In a statement issued here, Bukhari said these “heinous attacks call for an unconditional condemnation from both social and political forums in the valley.”

“Kashmiriyat can never be tainted with the blood of innocent and those elements who covet to destroy the historical ethos of Jammu and Kashmir have undermined the strength of our cultural roots that are enshrined in a Sufi-Rishi tradition. The fringe lobby can never define the majority public sentiment,” he said. gns