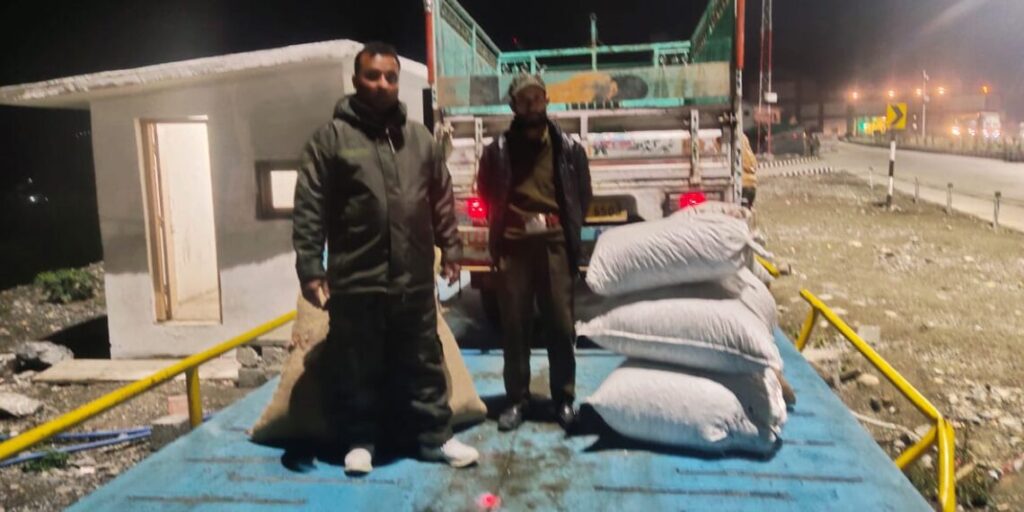 An official said that a ‘Tata Mobile’ vehicle bearing registration number JK13D 6503 was intercepted by a team led by Incharge Forest Check Post Junaid Ahmad Khan at around 12:30 on Tuesday night. Upon checking, the team recovered fifteen bags of banned medicinal-forest-produce (MFP) from the vehicle, the official said adding accordingly the DFO concerned was informed following which a team took the banned produce alongside the vehicle into its custody at Khanabal head office.

Meanwhile Incharge Forest Check Post Junaid Ahmad Khan has been hailed for maintaining a tight vigil over the area which has been coming handy to authorities in thwarting possible smuggling attempts over the area. gns