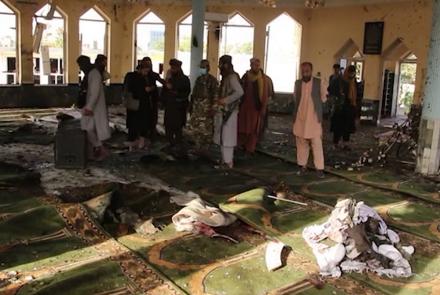 Kabul: A suicide bomber detonated his explosives among worshippers in a mosque in Kunduz city on Friday afternoon during the Friday prayers, local security officials said, Tolo news reported.

The deputy minister of information and culture, Zabiullah Mujahid, confirmed the incident and said a number of people were killed and wounded in the explosion, the report said.

“Today in the afternoon, in the Khanabad Bandar area in the capital city of Kunduz, a blast targeted a mosque belonging to our Shia citizens and martyred and wounded a number of our compatriots,” he tweeted.

Ahmadullah Wasiq, deputy head of the Cultural Commission of the Ministry of Information and Culture, said the attack occurred at a Shia Mosque. “A number of people have been killed and wounded. Security forces have arrived at the scene and have started an investigation into the incident,” he said.

The director of the culture and information department in Kunduz says that 43 people were killed and over 140 were injured in today’s suicide attack at the mosque in Kunduz city.

Local security officials said over 300 hundred people were attending the Friday prayers when the attack happened.

Eyewitnesses said over one hundred worshippers were killed and wounded in the attack.

The United Nations Assistance Mission in Afghanistan also said initial reports indicate that over 100 people were killed and wounded in today’s blast inside a mosque in Kunduz.

So far, no group has claimed responsibility for the attack. (Tolo news)