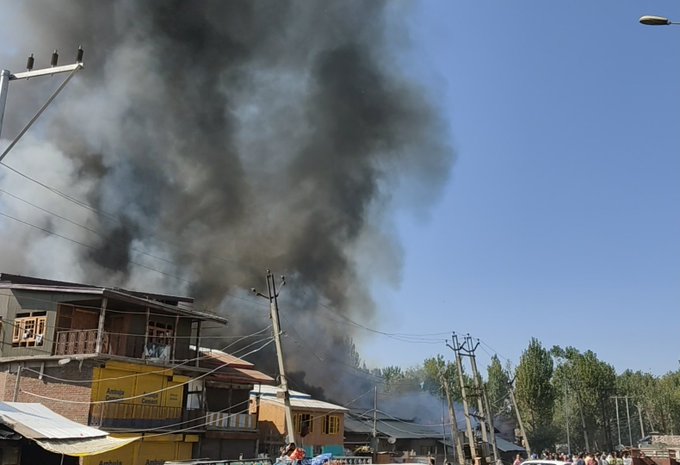 Srinagar, Oct 7: At least forty structures, many of which were mainly built of wood, were damaged in a massive blaze that broke in Parimpora area in city outskirts on Thursday afternoon.

Fire and Emergency official said that there were many wooden structures and some single storeyed houses in the area which got damaged in the fire mishap at Parimpora. The colony is highly congested which led to the fire to spread other structures, the official said.

“Around sixteen fire tenders were pressed into services to bring the fire under control however the rescue operation was however hampered to a greater extent due to the unruly crowd gathered at the site, the official said adding some miscreants attacked the personnel with bricks during which few of the colleagues sustained injuries.”

“Primarily around forty structures received damage in the incident, the official said adding though the actual cause of fire could not be immediately ascertained however it is believed that the mishap was caused by an electric short circuit.”