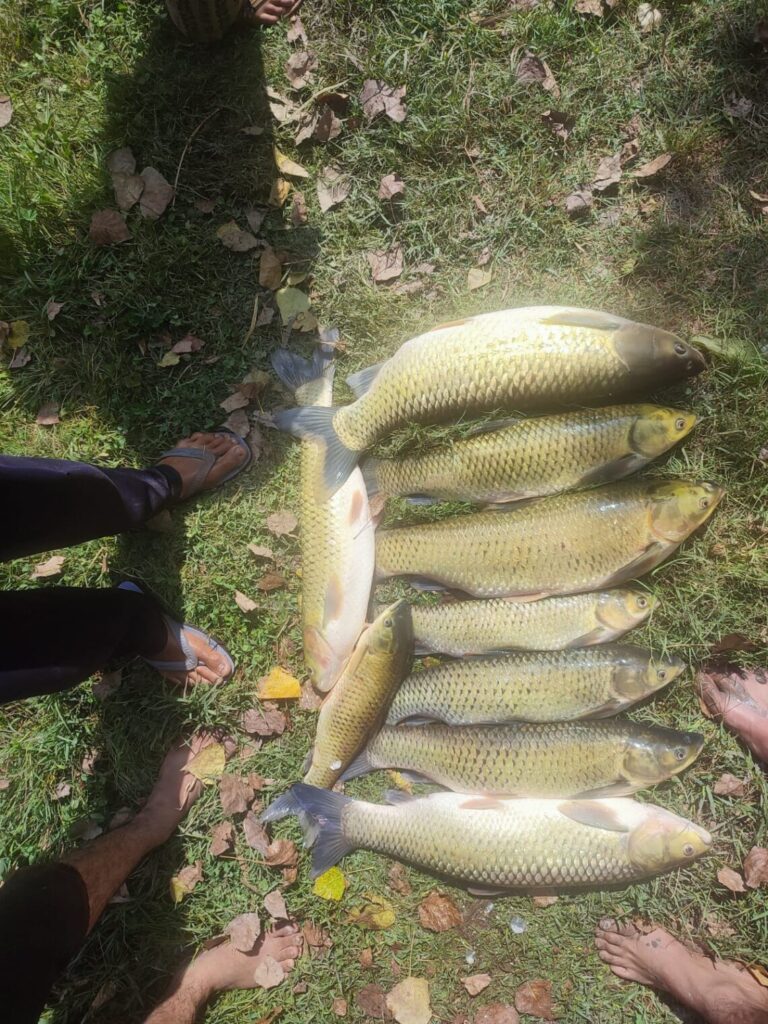 Srinagar, Oct 3: An entire stock of carp fish perished at a fish farm in Dab Malikpora village in central-Kashmir’s Ganderbal district in the aftermath of sudden and intense rainfall during intervening night of Saturday and Sunday night, officials said.

On being intimated about the incident, a team of officials visited the spot during which it came to fore that the farm owner was caught unaware of the weather vagary, which led to loss of the whole fish stock, officials said.

Meanwhile a group of fish farmers have appealed the government and department concerned to roll out an insurance cover for all the private fish farms in JandK. “We humbly appeal the government particularly to Director Fisheries and Principal Secretary Fisheries Department to look into the matter as to compensate the farm owners in case of recurrence of any such calamity”, they urged. gns