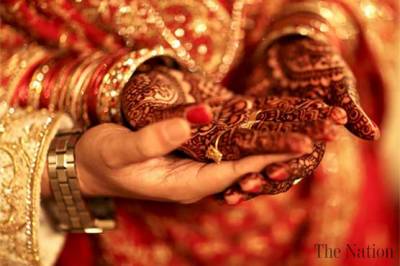 Ganderbal, Sep 30: A village in Ganderbal district has set an example for the society after announcing dowry as social evil and banning the same in the entire village.

The villagers have taken the decision four decades ago and have been following the same in letter and spirit till date.

The Baba Wayil village of District Ganderbal situated around 35 kilometers from Srinagar with a population of 1000 people consisting of around 175-200 households.

As per the villagers, for the past 40 years, only simple weddings have been taking place in the village.

Though the village heads took the decision four decades ago in 2004 around 100 families have signed the official document to neither receive nor give dowry. The same document was amended in 2018 which mentions that the groom’s family cannot demand anything from the bride’s side.

“The elders of the village believe that this evil is the primary reason for young boys and girls not getting married at their proper age as the families cannot afford dowry with the result it spreads many other social evils in the society,” Shah said.

The locals said that due to the initiative the young boys and girls of this village get married below 25 years of age.

Locals said that a few months ago two brothers of the village were married in a simple way and the total cost of the marriage was below Rs 10,000.

Mohammad Omer, a local youth, said that the village is following the decision of their elders in letter and spirit and termed it as a good decision.

Locals said that in case the norms are violated by any family of the village the entire village will go for a social boycott against the erring family.

“The family will not be allowed to pray at the local Masjid and neither will they be allowed to bury their family member in the graveyard as per the document,” locals said.

“In the past 17-18 years, not a single violation of laws has been reported in this village,” they said.

“The village has set an example which should be followed by the rest in order to eradicate this social evil which is degrading its social fabric and giving birth to other evils,” locals said. kno