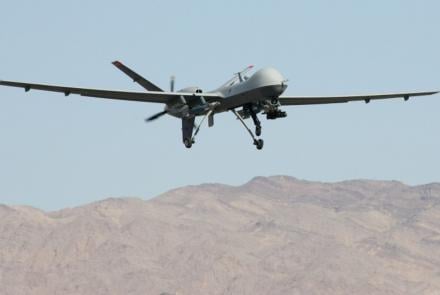 Kabul: Zabihullah Mujahid, Deputy Minister of Information and Culture, on Wednesday said the United States has violated Afghanistan’s airspace by its drones, the Tolonews reported.

“It has recently acted in violation of all international law and the United States’ commitments to the Islamic Emirate in Doha, Qatar, and Afghanistan’s sacred airspace is being occupied by US drones. These violations must be corrected and prevented,” Mujahid tweeted.

Mujahid reportedly said that the Islamic Emirate of Afghanistan calls on all countries, especially the United States, to act in light of mutual commitments and in accordance with the international laws and avoid violating Afghanistan airspace.

Mujahid statement followed remarks by US officials who have said the Untied States does not need to cooperate with the Islamic Emirate on over the horizon counterterrorism efforts, said reports.

“We retain all necessary authorities to execute over the horizon counterterrorism operations and we remain confident in these capabilities moving forward without speaking to specific rules of engagement surrounding airstrikes. There is currently no requirement to clear airspace with the Taliban and we do not expect that any future over the horizon counterterrorism strikes would hinge on such a clearance,” US Department of Defense spokesman John Kirby said on Saturday. (Tolonews)