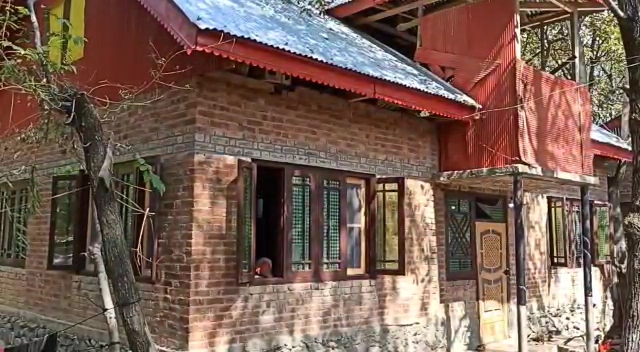 Tral, Sep 28: A family in Seer Jageer area of Tral in South Kashmir’s Pulwama district Tuesday alleged that they were assaulted by the army on Monday evening.

The family alleged that their daughter Ishrat Jan was dragged while her clothes were torn before she fell unconscious and was later taken to hospital.

Ishrat while talking with the media alleged that the army dragged her out of the house and tried to take her away in their vehicle.

“I raised a hue and cry after which villagers came out and saved me,” she said.

“Army has been raiding our house frequently due to which we are feeling disturbed and insecure,” she said.

Ishrat’s mother said that her one son was already languishing in jail for the last three months, “while two others are being assaulted by the forces.”

The family demanded an end to such “atrocities” so that such an incident should not happen again.

Meanwhile, the army termed the allegation as baseless.

An army officer said that no manhandling of anyone was carried out by the army at Seer last night.

“An army night domination party had gone to a village where they spotted two persons near Arapal Nala. The duo were called and were being questioned, Ali Mohammed Chopan and his family came out of the house which was nearby,” an officer said.

“As they came out, Ishrat Jan feigned fainting while other members started shouting after which other villagers came out and started blaming the army for ransacking the house and beating the girl,” an officer said.

SSP Awantipora Mohammed Yousuf said that the claims made by the family are baseless after inquiring about the incident.

“Basically, they have links with militancy. One of their sons is already in jail after he was arrested in a militancy related case,” he said, adding that all the claims made by the girl are baseless.  KNO