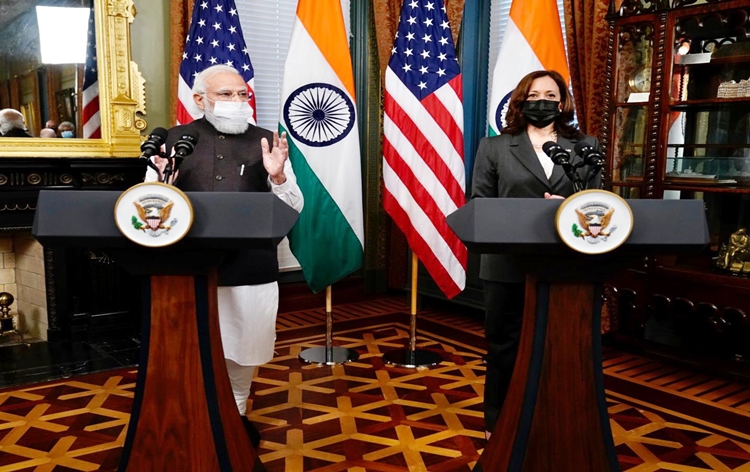 They warmly recalled their telephone conversation earlier in June 2021. Modi and Kamala Harris discussed the COVID-19 situation and the ongoing efforts to contain the pandemic. Prime Minister recalled her kind words when India was battling the surge in COVID-19 and lauded US Support at that time, reports said.

US Vice President Kamal Harris appreciated India’s vaccination drive and how it has now moved to export the vaccines for humanity, said reports.

Regional and global issues including developments in Afghanistan and the quest for an open, free and inclusive Indo-Pacific region figured prominently in the talks. Both leaders agreed that that India-US and QUAD need to strengthen the supply chains and partner in the new technologies, said reports.

“Both sides acknowledged the importance of collaborative action on climate change. Prime Minister spoke about India’s push for increasing renewable energy and the recently launched National Hydrogen Mission. He also emphasized the importance of lifestyle changes to promote environmental sustainability.”

Highlighting the role of vibrant people-to-people contact, both leaders emphasized upon the flow of knowledge, innovation and talent between the two countries.

The warmth between the two leaders and the shared vibes showed that India and United States – the two natural allies are poised to take relations to new heights. (airnews)