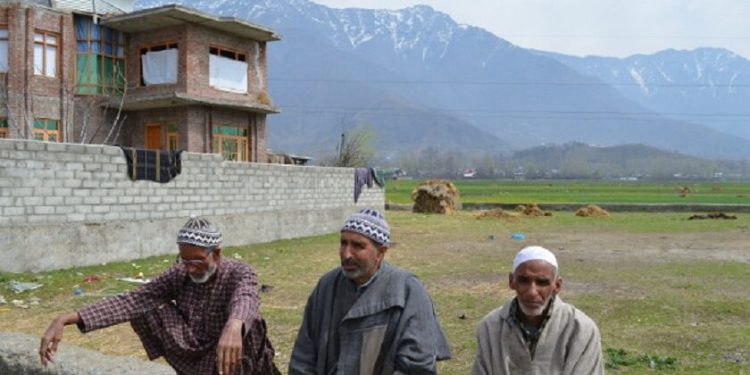 Srinagar, September 24: Kashmiri Pandit migrants, mostly the younger generation, are misusing the online grievance portal launched by the J&K administration by filing fake complaints to lay claim on the land their grandparents have willfully sold to people in Kashmir.

The online grievance portal launched by the J&K administration is flooded with fake complaints by the Kashmiri Pandits, hampering the smooth functioning of the revenue department.

“We have not come across any genuine complaint where an individual has illegally occupied a Kashmiri Pandit land or any other property in Kashmir. In the majority of the complaints, we found the land or house has been sold wilfully, with complete legal documentation,” a revenue department official said.

He said that fake complaints have been registered by pandits about their land and property which otherwise they have sold legally to the people.

Sources said revenue department has taken up the issue of fake complaints from Kashmiri Pandits with the government to streamline the process without putting extra burden on the officials.

A revenue official from Anantnag district said that these fake and false complaints have overburdened the revenue and administrative officials on the ground. “Officials get busy in assessing and verifying the credentials of these complaints which later turn out to be fake,” he said.

He said “Assessing these fake complaints consumes our time and workforce. When we send the staff to assess the complaints, they are found fake as the owners have sold property and land to people hereafter complying will all legal and revenue formalities.”

A lot of people in Kashmir have bought migrant Pandit land and property legally and through rightful means under Migrant Property Act.

“But some unscrupulous persons are filing fake complaints on the portal which is overburdened our staff. Only genuine complaints must be filed so that we utilize our time and staff in a judicious way,” officials said.

A public deputation from Aishmuqam Anantnag said that they bought a piece of land from a Kashmir Pandit in 1999 but after 22 years a fake complaint has been filed by some Kashmir Pandit, calling the sale of land as illegal.

“The documents of attorney, agreement to sell, and sale deed were duly attested by a first-class Magistrate in presence of the owner of the land in Jammu in 1999. All codal formalities laid down by the Government in Migrant Act 1999 were completed in the court,” said a member of the deputation.

He said the land alienation permission from Divisional Commissioner Kashmir for Mutation was also granted. The landowner came to know through concerned Patwari that a complaint have been filed by the grandson of the seller alleging that the documents are fake. After ascertaining the documents of land, the revenue officials find them correct and intact, resulting in the dismissal of the complaint.

Officials said that similar fake complaints are registered on the portal which is false and wastes the time of the officials.

They asked that genuine complaints should be filed by the migrants.

Pertinent to mention, LG Manoj Sinha has launched an online grievance portal for migrants to register their genuine complaints about their land and property for their redressal. kdc