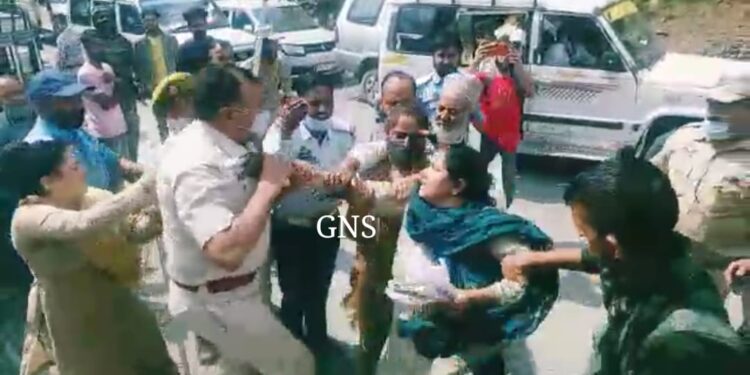 Poonch, Sep 20: At least five persons including a Tehsildar, Deputy Superintendent of Police, his PSO and two civilians were injured after a group of civilians demanding repairing of a link road allegedly clashed with police on Mughal road near Surankote on Monday afternoon, reports and officials said.

Reports said that a police party visited the spot to persuade the inhabitants to end the protest over the issue of repairing of a link road in the area. The civilians allegedly clashed with the police during which DySP Surankote Abdul Khaliq, his PSO and two civilians sustained injuries.

Later, Tehsildar Surankote Sheeraz Ahmad visited the spot to take an on ground assessment. The revenue officer however also came under attack during which he sustained injuries, they said.

SHO Surankote JS Sambyal confirmed the occurrence and said that case (FIR 125/21) under sections 353/332/323/427/336/188 IPC has been lodged against Naib Sarpanch Chandimarh Zareena Bi and her husband Mohammad Ashraf and her son Danish Ahmad alongside other accused persons. gns