‘He was in depressions, left behind suicide note’: Punjab officials on death of a Kashmiri student 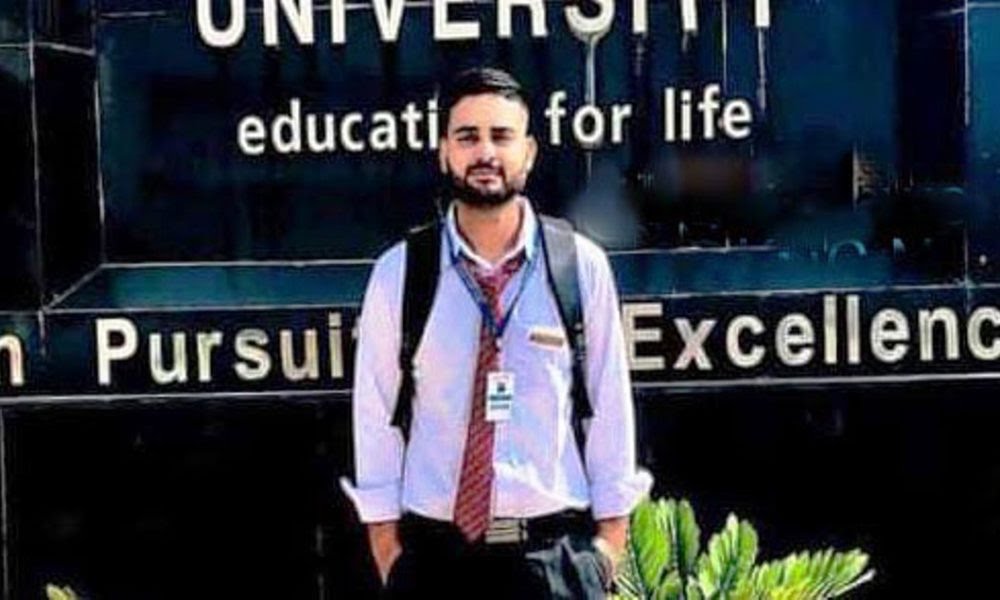 SRINAGAR: The student from Kashmir who was found hanging on the terrace of his college hostel in Punjab on Monday was depressed and ended his own life, officials in Punjab said on Tuesday.

The 20-year-old youth Umar Ahad from central Kashmir’s Budgam was found hanging on the terrace of his college hostel.

Media advisor to Punjab Chief Minister said on Tuesday that the deceased had died by suicide and had left a note behind as well.

“Just been informed by @DGPPunjabPolice that Umar Ahad was in depression and he left behind a suicide note. His brother Shaukat, a J&K police constable, has reached FGS. Postmortem being conducted & his family is satisfied with the investigations, ” Raveen Thukral, media advisor to Punjab CM, Captain Amarinder Singh tweeted Tuesday morning while also sharing the picture of the alleged suicide note by the deceased youth.

From Chewdara area of Beerwah in Budgam, the youth was in his 3rd semester of Radiology course at RIMT university. His brother is currently in Punjab to bring Umar’s body back home. (With inputs from agencies)