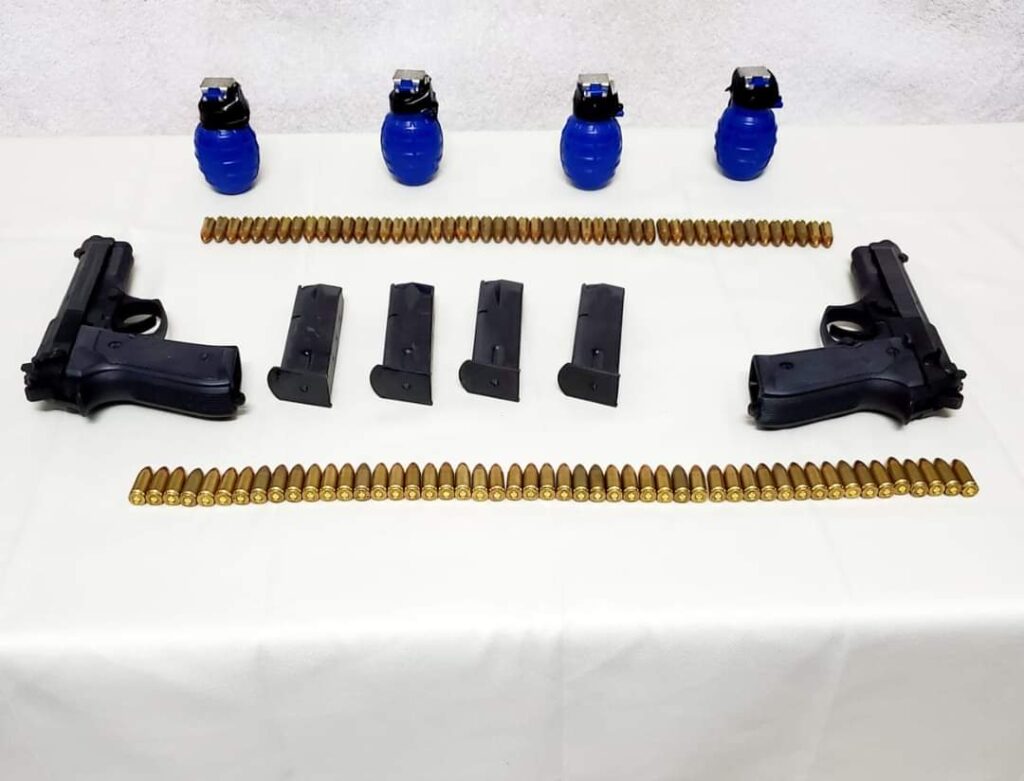 Poonch, Sep 07:  Jammu and Kashmir police and Army on Tuesday busted a militant module of J&K Ghaznavi Force (JKGF) and arrested a militant associate in Kirni area of Poonch.

Officials said that Police and Army carried out a joint search operation in Kirni area of Poonch. The team apprehended one person identified as Jahangir Ali, son of Wali Muhammad of Kirni Poonch.

During the search of his personal bag, two pistols, four Chinese grenades, 100 pistol rounds and 04 pistol magazines were recovered from his possession, they said.

“During investigation, it came to fore that the accused was meant to handover it to Basharat Khan of Surankote and Sheraz of Sangla Surankote. These two persons were also apprehended from different places,” they said

It has come to fore during investigation that the trio are associates of JKGF and were given the task to carry out militant activities in J&K particularly in Poonch.

In this connection, a case under FIR number 227/2021 has been lodged under relevant sections of law and investigation taken up.