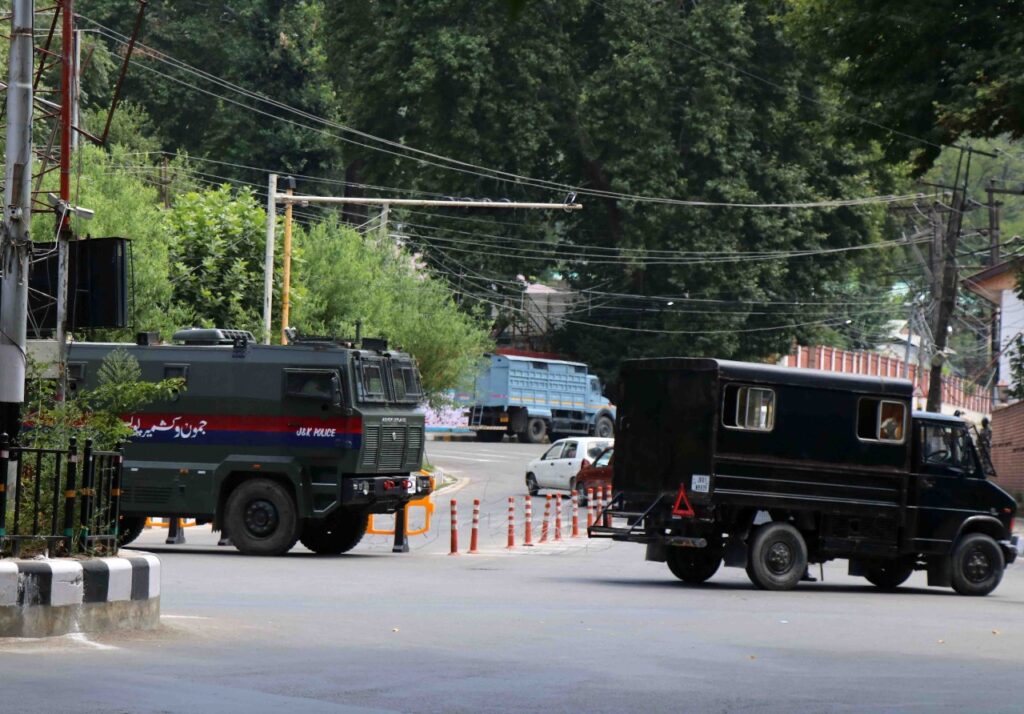 Srinagar, Sep 03: For the second consecutive day on Friday, Kashmir remained under strict clampdown even as heavy deployment of forces remained on all major roads and highways to prevent any untoward incident.

The 92-year-old senior separatist leader Syed Ali Geelani passed away on Wednesday evening at his Hyderpora residence after prolonged illness. Authorities deployed hundreds of policemen and paramilitary CRPF men on all major roads in Srinagar and elsewhere in Kashmir to prevent law and order issues. Mobile phone services including internet services were snapped early on Thursday morning as a precautionary measure. BSNL was the only telecom service provider to allow voice-calling on its network.

Eye-witnesses  said that heavy deployment of police, CRPF and Mobile Vehicles remained stationed outside the Rehmatabad residence of Geelani for the second consecutive day and nobody was allowed to visit his house. “Roads leading to Geelani’s house were sealed with barbed wires,” they said.

They said that in downtown strict curbs remained in place in the wake of Friday as all roads were sealed with concertina wires and there was a huge deployment forces all around to prevent any large gathering. “No Friday prayers were offered in major shrines and masjids in downtown,” an old city resident said, wishing not to be named. “Roads were dotted by the police and paramilitary forces throughout the day and there was no movement of public traffic.”

For the second consecutive day, shops and commercial establishments remained shut across Kashmir including in the summer capital Srinagar. Public transport was off the roads due to the strict restrictions in place. Banks also remained closed while people complained of non-availability of cash in most of the in J&K ATMs in Srinagar and city outskirts that caused huge inconvenience to the people who were in need of money.

A police official, however, said that the day passed off peacefully and there was no untoward incident anywhere in Kashmir. “People cooperated with the police and CRPF men deployed on ground and there was no law and order issue anywhere,” he said. kno