2 youth killed after vehicle falls in gorge in Poonch 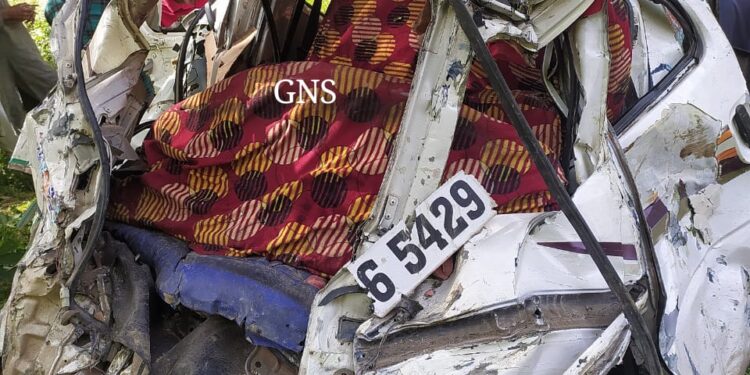 Poonch, Aug 30: Two youth were killed after a vehicle they were traveling in fell into a gorge in Surankote area of Poonch district on Monday, officials said.

They said that at 0940 hours, a Eco vehicle (JK06- 542) driven by Imran Ahmed (25) son of Abdul Qayoom with other youth, Aabid Hussain (20) son of Mohammad Sadiq, sitting along, skidded off the road at Traranwali and fell down into 20-25 meters deep gorge. Both of them, residents of Murrah, received serious injures, they said. Meanwhile, locals reached the spot and removed the duo to nearby Sub District Hospital. However both of them were declared dead on arrival by the doctors who attended upon them.

A police officer said that a case has been registered and investigations taken up. gns