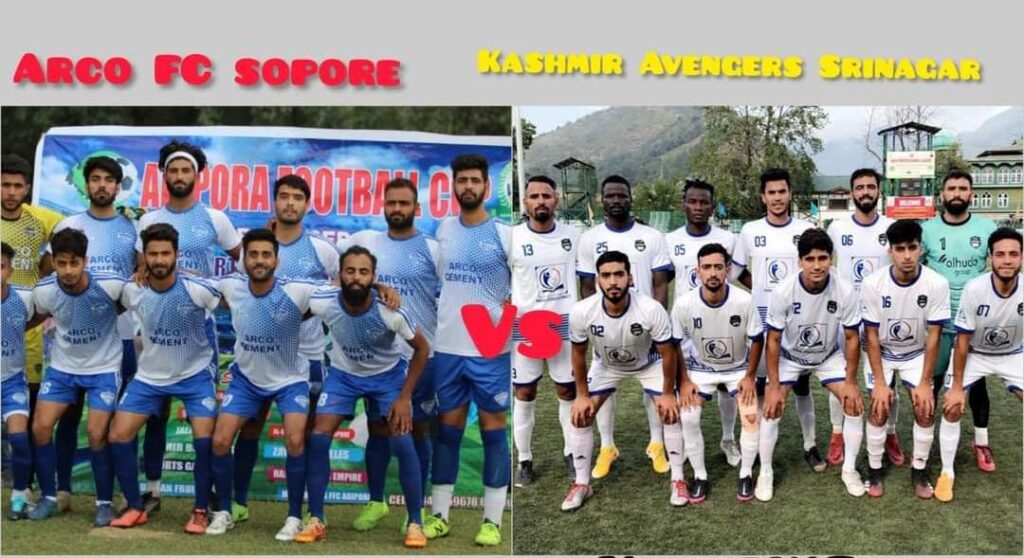 Kashmir avenger is one of the best clubs in J&K which has various foreign players under its wings and a formidable opponent for any football team on a given day.

Arco FC won the match by 3-0 goals against the formidable opponent and registered a convincing win.

The  first goal was scored by Ishfaq followed by Yawar and Shahid who scored one goal each.