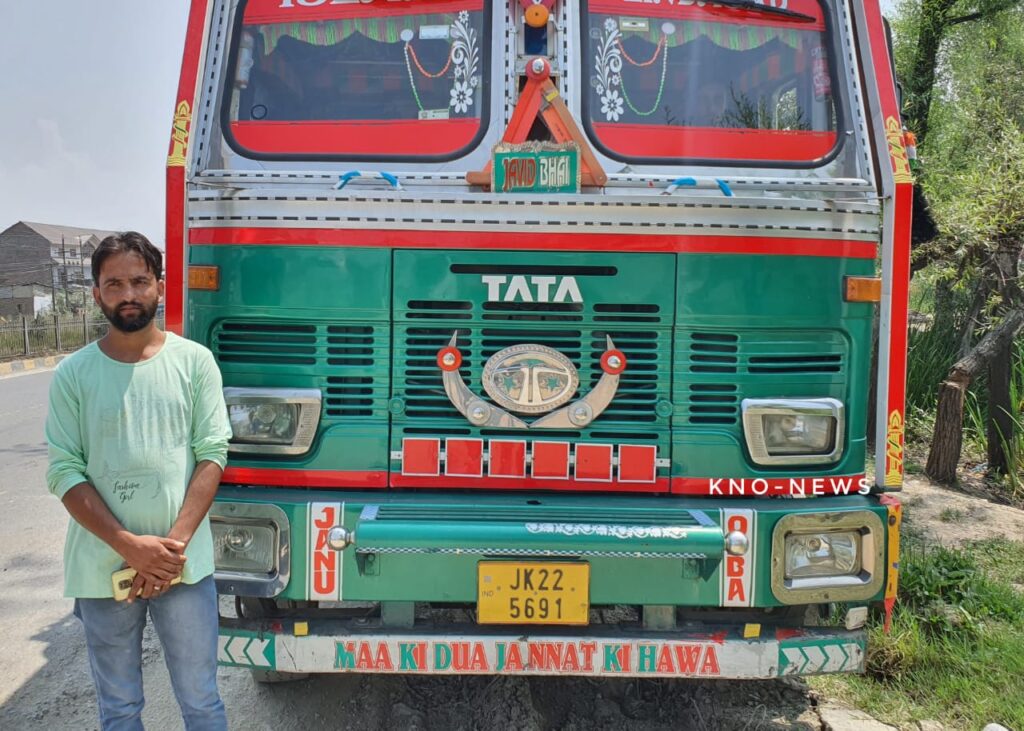 Srinagar, Aug 25: A truck driver from Anantnag on Tuesday alleged that he was beaten by some unknown person pretending to be a cop in Batamaloo area of Srinagar last night.

Tariq Ahmad, a truck driver said that some unknown person pretending to be a cop beat him up and also looted a cash amount of Rs 7000 from him when he had parked his truck near court in Batamaloo.

He alleged that he had truck was parked near court in Batamaloo and was sleeping inside the truck, when suddenly a person came in a black colour Santro bearing registration no. JK01S-1413.

Tariq said that that the person identified himself as a cop from from Barzullah Police station and started frisking his vehicle.

“During frisking he took a cash amount of Rs 7000 from my dash board and when I tried to stop him he started to beating me and took the cash away,” Tariq alleged.

He said that today morning he went to the police Barzulla station, where he lodged a complaint about the incident.

Meanwhile, Tariq appealed to the police and administration to arrest the culprit at an earliest.

“This is not the first incident in this area as many such incidents have taken place here before,” he added. kno