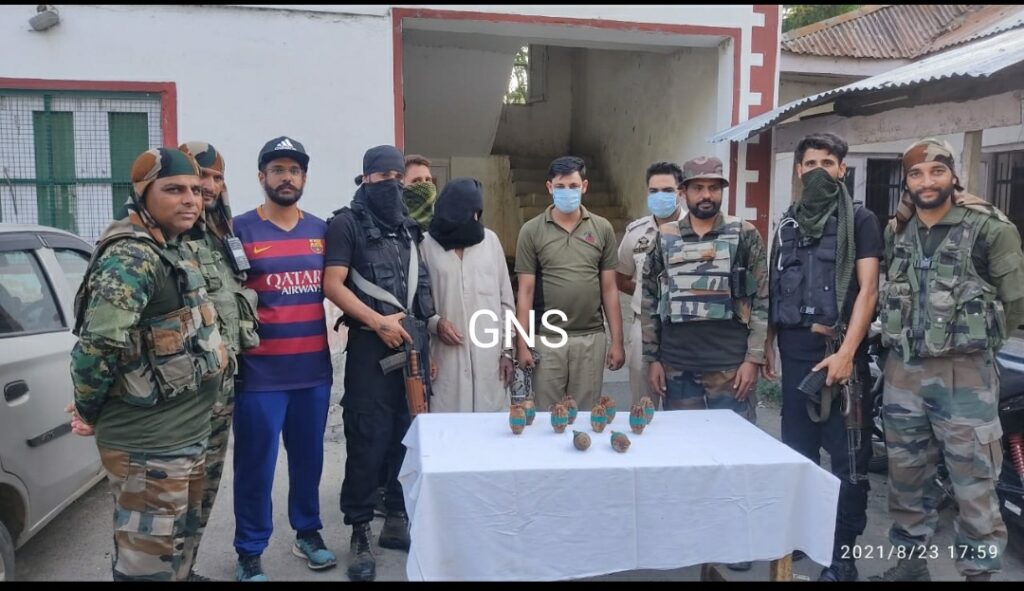 They said that based on specific input, searches were launched in the residential house of Mohammad Yousaf Mir son of Mohammad Yaseen Mir in Gasla Dardpora Kralpora during which ten hand grenades were recovered from the house.

A case FIR number 92/2021 under section 3/4 Explosive Substance Act has been registered in this regard at Police Station Kralpora for further investigations, they said

The house owner’s son Nazir Ahmed Mir has already crossed the LoC in the year 2000 and hasn’t returned back, they further said. gns