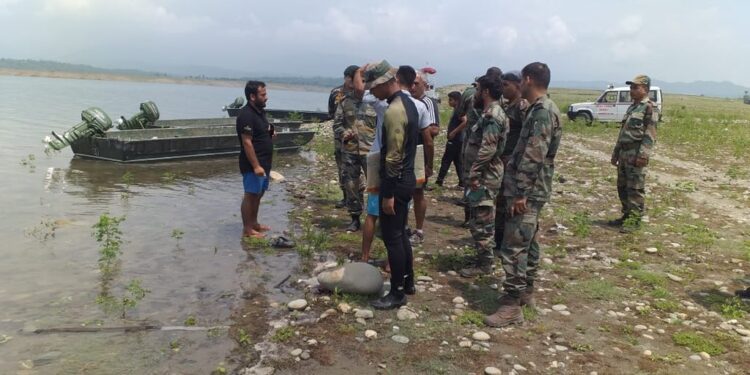 Jammu, Aug 18: Three days after body of one of the two missing pilots of a helicopter of Indian Army’s aviation corps which crashed near Ranjit Sagar Dam in the Basohli area of Kathua was found, searches continued for the second one on the 16th day on Wednesday, officials said.

While the body of one of the pilots identified as Lt Col AS Baath was recovered on Sunday, there was no trace of the remains of another pilot yet, official sources said.

Army has said to have intensified search operations for Pilot and helicopter which had crashed into the Ranjit Sagar Dam with Submarine Rescue Unit of Indian Navy flown in to explore digitally located wreckage at depth of approximately 80 – 100 meters, the officials said.