Amid rise in domestic violence, omission of Women’s Commission leaves victims in lurch 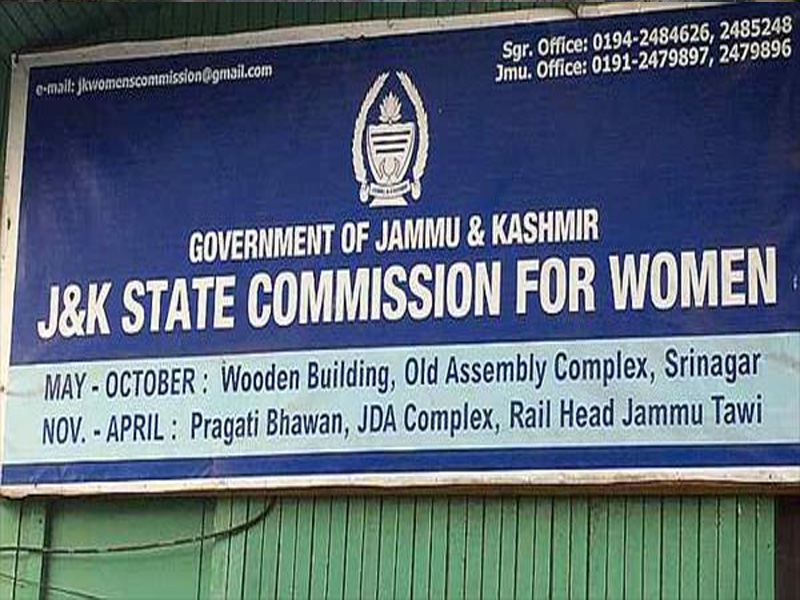 Srinagar, Aug 16: After the abrogation of Jammu and Kashmir’s special status on 5 August 2019, seven state commissions including state women’s commission were dissolved by the Government of India.

However, two years later, the government is yet to re-establish the commission in the region leaving a population of more than twelve million in a lurch.

A pressure group based outside Kashmir who reinstated the commission in Telangana after 30 months had written to the Prime Minister of India demanding the restoration of the women’s commission in Jammu and Kashmir amid the rise in domestic violence cases across the erstwhile state.

Danish Zahoor, head of the WomComMatters in J&K said that they are pleading for the restoration of women’s commission of J&K in Srinagar as violence against women has increased since Covid-19 lockdown.

“Women’s commission is purely a social institute and has nothing to do with politics. They are doing a great job especially for underprivileged women facing different issues,” Zahoor said.

Zahoor said after the abrogation of the special status of J&K, women in the Jammu and Kashmir and Ladakh have been left in a lurch as they can’t go to Delhi to solve their issues in the national women’s commission.

He said that now authorities have given approval for a special J&K-Ladakh cell at the national commission for women but it will have a very little impact as it is not easy for the victims to reach Delhi with their problems.

“Yes, there are options that you can register your problems online there but uneducated women and women living in remote far flung areas won’t be able to take up their issues to the commission,” he said.

“A single women’s police station for 10 districts can’t handle all the cases, there is a need to restore women’s commission in J&K,” he said. “Even those women who had filed cases in the commission before August 05 have also been left vulnerable as they have nowhere to go,” he said.

“I feel that the special cell for J&K-Ladakh was the first step towards success and we are hopeful that efforts of our group along with the media and others will bear fruits and very soon we will have a full fledged women’s commission here,” Zahoor said.

Experts, activists and NGOs working on gender issues also believe the commission is an alternative for women to come forward and report violence as for many women filling a complaint at the police station is a daunting task.

As per the first phase of the 2019-20 national family health survey, almost one in three married women experience physical, emotional or sexual violence.

As per survey, only 14 percent of the women after experiencing any kind of violence have sought help, however, over 77 percent have neither disclosed nor sought help about the violence they experienced.

The domestic violence cases are increasing in Jammu and Kashmir at a rapid rate.

After the bifurcation of the erstwhile state of J&K into two separate Union Territories (UT’s) the Women’s Commission, along with six other commissions, including those dealing with human rights, right to information (RTI), and rights of the disabled were disbanded and about 160 special laws that applied to the erstwhile state were scrapped. kno