Ahead of marriage, massive fire shatter dreams of twin would-be brides in Sgr 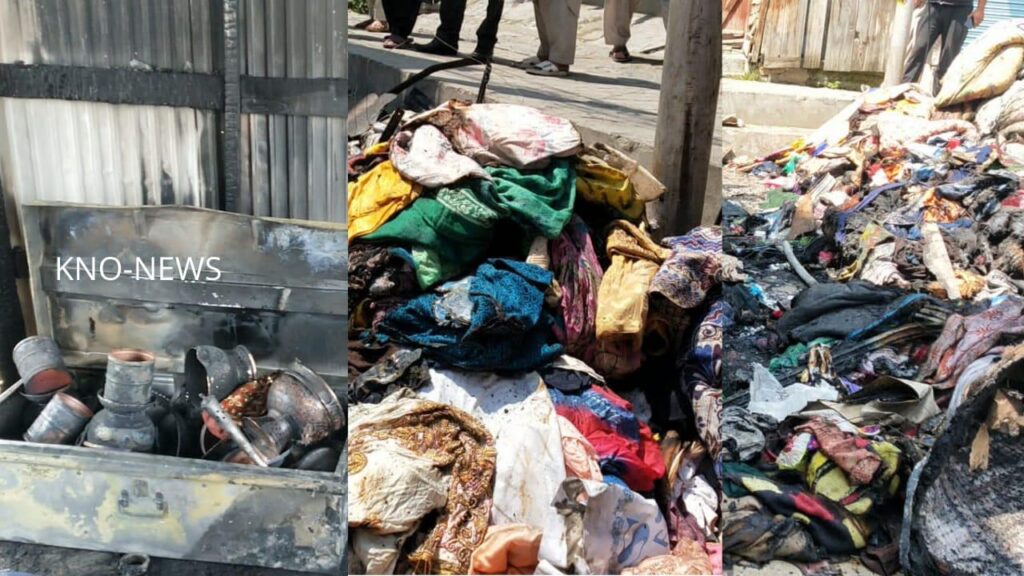 Srinagar, Aug 16: A fortnight before the marriage ceremony, the dreams of twin would-be brides got shattered after a massive blaze reduced their residential house at Basant Bagh area of Srinagar into ashes.

The blaze broke out in the wee hours of Monday morning.

In the blaze, one residential house belonging to Mushtaq Ahmad Sheikh got reduced to ashes.

Mushtaq Ahmad Sheikh said that he was scheduled to host the guests in the first week of September, saying that his two daughters are scheduled to get married.

“The devastating fire has shattered all our dreams. We have lost everything in the blaze,” he said, adding that the gold worth lakhs of rupees and a cash was also reduced to ashes in the massive fire.

He said that there are no hopes left now and the family is in distress.

Sheikh, along with family and all the neighbours appealed the Lieutenant Governor led administration to help the affected family at this crucial juncture. kno