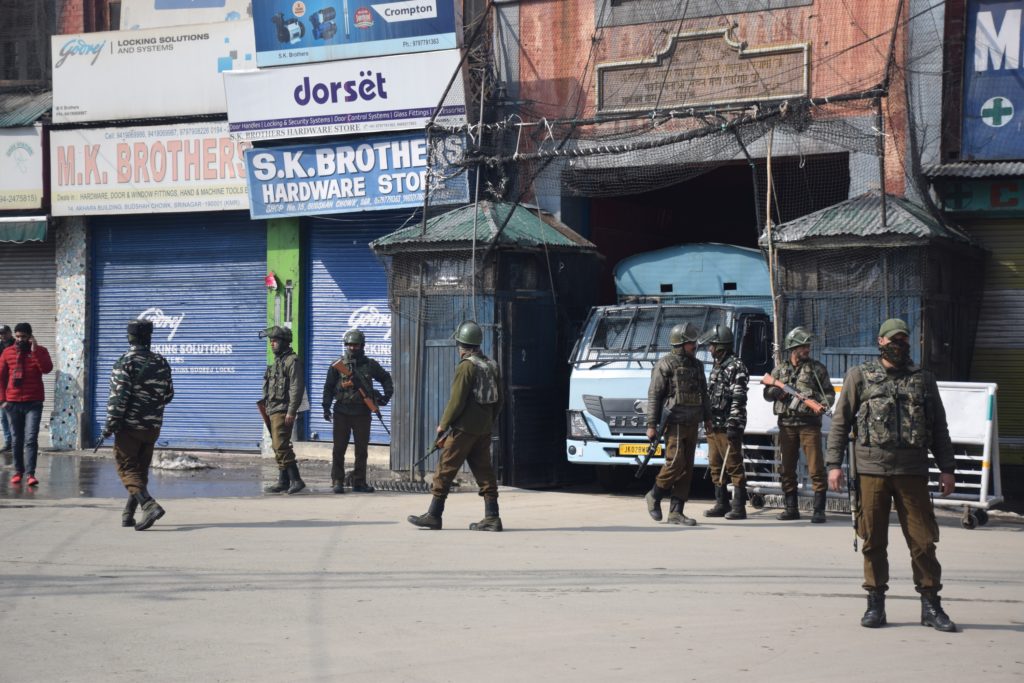 He said large contingents of police, CRPF including special commandoes and sharp shooters have been deployed while as Quick Reaction Teams (QRTs) are also in the field to meet any eventuality.  “A dog squad and Bomb Disposal Squads have also been deployed as part of a precautionary measure,” he said.

Inspector General of Police (IGP) Kashmir Vijay Kumar said all arrangements are in place to ensure peaceful conduct of all I-Day functions. “We are fully prepared to deal with any challenge. Police and the security forces are maintaining highest level of alertness,” he said.

Police sources said the main venue in Srinagar—SK Stadium has been sealed. Lieutenant Governor Manoj Sinha will unfurl the tri-colour there and address the gathering. The I-Day parade and LG’s address will be followed by a cultural show. A source said that Covid appropriate behaviour will be followed in spirit.

A police official, wishing not to be named, said even though there was no specific input about any militant attack on I-Day eve, given the recent attacks and attempts by the militants to instil fear, “additional measures are in place this time around.” “We can’t leave anything to chance,” he said, adding that entire Srinagar district is under aerial surveillance and round the clock check-points have been set up to keep a close vigil on the suspects.

“Mobile bunkers are making frequent rounds of the city centre and all security agencies are maintaining a close synergy,” he said. Pertinently, the Police and CRPF tested over a dozen latest drones in Lal Chowk which are hovering in the sky. “These drones will remain in sky till August 15 function concludes,” the official said. kno