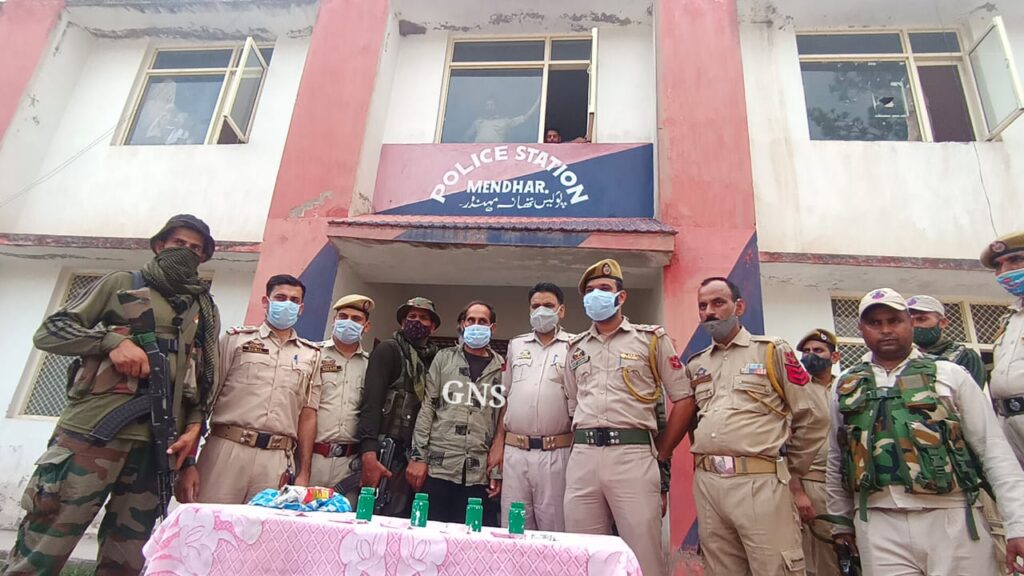 Poonch, Aug 13: An Improvised Explosive Device (IED) having “four sticky bombs” was recovered from possession of a man in Mendhar area on Friday, officials said.

“On tangible information of BSF a Joint naka was established at first Morh Kotan by police, 72 battalion BSF and army,” police said in a statement.

“During checking a suspicious person identified as Mehmood Hussain son of Mohammad Munshi of Kasbalari was apprehended and during his personal search an IED having four sticky bombs and an amount of rupees 10500 have been recovered from his possession,” police said, adding, “In this regard an FIR no.313/2021 u/s 23 ULAPA has been registered in police station Mendhar.”Police said further investigation is going on.

The police party was led by SHO Manzoor Kohli and operation was under the supervision SDPO Mendhar Z A Jaffri and direction of SSP Poonch Dr Vinod Kumar, officials said.