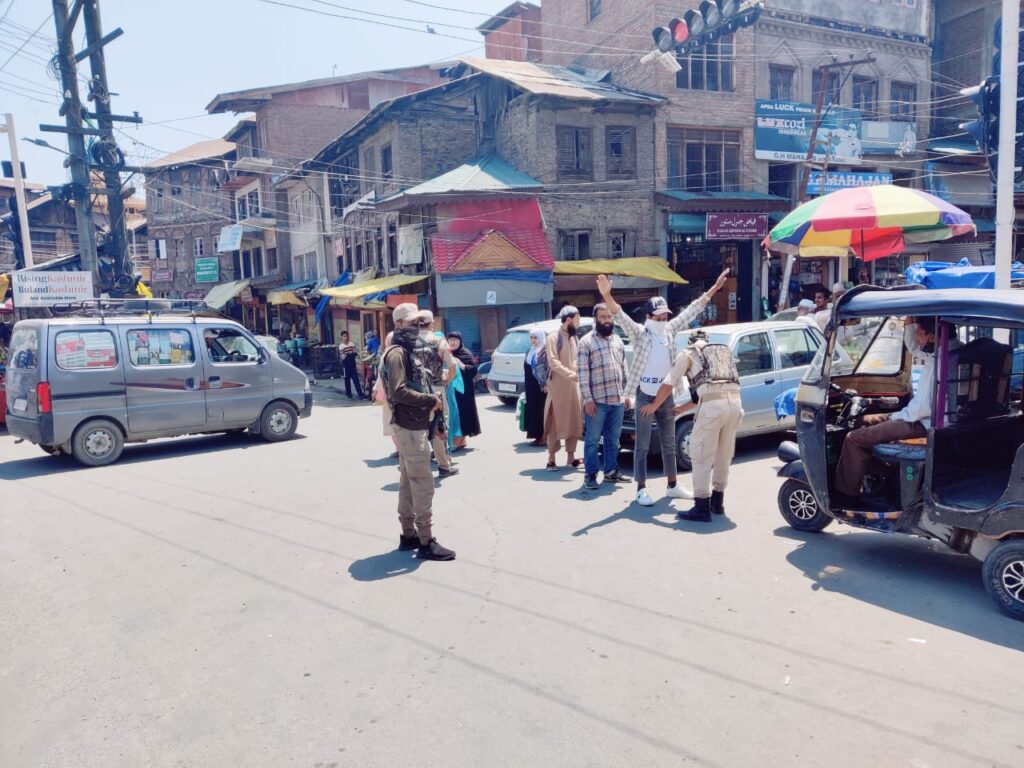 Srinagar, Aug 12: Police and paramilitary personnel have heightened security arrangements across Kashmir Valley, in particular the Srinagar, ahead of the August 15, marking the 75th anniversary of the India’s Independence from British.

On Thursday, police and paramilitary men were seen stopping and searching vehicles at several places while people were queued up and subjected to frisking.

Police and paramilitary forces were seen stopping vehicles at Parimpora and then queuing up the passengers after bring them down from buses, mini-buses and cabs. Not only public transport, scooter riders and private vehicles were also randomly stopped and checked for any subversive element to ensure that the ensuing official functions on Sunday pass off peacefully and incident-free.

Apart from frisking people thoroughly, the men in uniform were also seen checking I-cards of some people.

Reports of frisking of the people by police and paramilitary forces were also received from various parts of the city and Valley.

There is already larger presence of police and the paramilitary men across Srinagar, particularly in and around Lal Chowk, the commercial hub of the summer capital of J&K.

Lieutenant Governor Manoj Sinha is schedule to preside over the main function in at Sher-e-Kashmir Cricket Stadium here. Like the past, the venue has been sealed off.

A police official told GNS that foolproof security arrangements have been made for incident-free and successful Independence Day celebrations.
“Police and other Security forces have been put on high alert across Kashmir valley.

Even on normal days they are in state of alertness to foil any attempts by inimical elements to create disturbance. But, during function like the one ensuing on Sunday extra precautions are made.”

There are already checkpoints at various places and vehicles are being checked while passengers are being frisked for the overall safety, the official said. gns