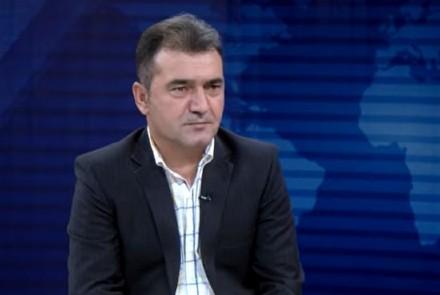 Kabul: Dawa Khan Menapal, head of the Afghan government’s media and information center, was killed in an attack by unknown gunmen in Kabul on Friday, sources confirmed, Tolo news

The incident happened at Darul Aman Road in the west of Kabul on Friday afternoon, sources said.

“He was shot in a brutal way on his face, head, and stomach. He was in critical condition. His driver is also in bad condition,” said Mirwais, an eyewitness.

“If they make peace, that is fine, otherwise, may God curse them (Taliban),” said a resident in Kabul Dad Mohammad.

“When the Taliban claim responsibility for this attack, this indicates that they never abide by the commitments they make to anyone,” said Mujib Khalwatgar, a journalist.

“Attack on civilian employees of the government, cultural activists and media workers is a violation of the armed conflict law and a clear act of war crimes,” said Zabihullah Farhang, spokesman to Afghan Human Rights Commission.

Before his job as head of the media and information center, he worked as deputy presidential spokesman from 2016 to 2020.

Menapal also served as head of the government’s media and information center in Kandahar in 2015.

He is from Zabul province in the south of Afghanistan. He had a bachelor’s degree in law and political science from Kabul University.

The attack happened when Menapal left a mosque and was in a car, probably driving home, eyewitnesses said.

Menapal served as a journalist at Radio Azadi besides prior to his assignments in the government.