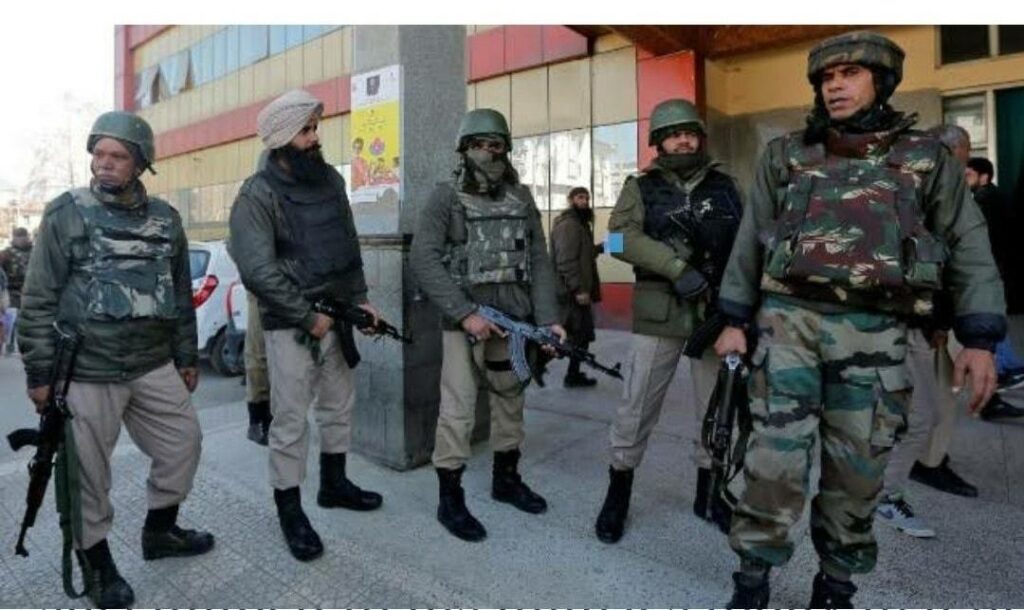 Srinagar, August 07: A policeman was killed after militants fired upon a police party in Pumbay area of DH Pora in South Kashmir’s Kulgam district on Saturday, officials said.

“Today at about 1920hrs, (militants) fired indiscriminately upon a Police party at Poshwan area of DH Pora in district Kulgam in which one police personnel was killed and two other personnel got injured,” a police spokesman said in a statement.

“Preliminary investigation reveals that, a group of (militants) fired upon a police party headed by SHO PS DH Pora who were busy in managing the traffic at Adijan Crossing while on their way back after providing safe passage to Ab Majid Padar (PP) upto his residence,” the spokesman said.

In this incident, three police personnel sustained gunshot injuries and were evacuated to hospital for medical treatment.

However, constable Nisar Ahmad Wagay (Belt No. 652/IR 17th) succumbed to his injuries, he said.

“It is pertinent to mention that taking undue advantage of huge traffic jam and presence of large number of civilians, the (militants) fired indiscriminately upon the SHO and his escort party and managed to escape from the spot,” the spokesman said, adding, “However, to avoid collateral damage in view of huge rush, the police party exercised maximum restraint. Both the injured personnel are stable and have been discharged from hospital after medical treatment.”

He said Police has registered a case in this regard under relevant sections of law. “Investigation is in progress and officers continue to work to establish the circumstances which lead to incident,” he said, adding, “Area has been cordoned off and search in the area is going on.”

“I strongly condemn the cowardly attack on the government force in Kulgam in which our brave police jawan, Nisar Ah Wagay was (killed). (militants) will never succeed in their nefarious designs, those responsible for such heinous acts shall be brought to justice,” Sinha said in a tweet.

He expressed heartfelt condolences to the family of the policeman in this time of grief.

“Deeply saddened to hear about the death of Nasir Ahmad Wagay of J&K police, killed in a militant attack in Kulgam earlier this evening. My condolences to his family. May Allah grant him place in Jannat,” Omar, who is also vice president of National Conference said in a tweet. gns