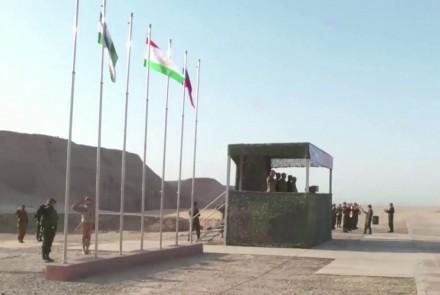 Kabul: Russia, Uzbekistan and Tajikistan started trilateral military exercises in the Khatlon region of Tajikistan, near the Afghan border, on Thursday, the Tolonews reported.

The drills that take place at the Kharbmaidon training ground involve 1,800 Russian soldiers and 420 units of military hardware, Russia’s Defense Ministry said on Monday as quoted by Reports.

Quoted by reports, Tajikistan’s Defense Ministry said in its statement that the drills would involve more than 300 armored vehicles, 25 combat and transport helicopters, and an undisclosed number of fighter and bomber jets as well as artillery.

Russia is also carrying out drills in Uzbekistan, another former Soviet republic bordering Afghanistan, this week. For the Uzbek exercise, Moscow said on Thursday it would even deploy four strategic bombers, added reports.

This comes as the security situation in Afghanistan remains concerning amidst the withdrawal of foreign troops from the country. Moscow fears that could destabilize its southern defensive flank and push refugees into its Central Asian backyard.