Kishtwar Cloudburst: 9 Days On, No Trace Of Missing Yet 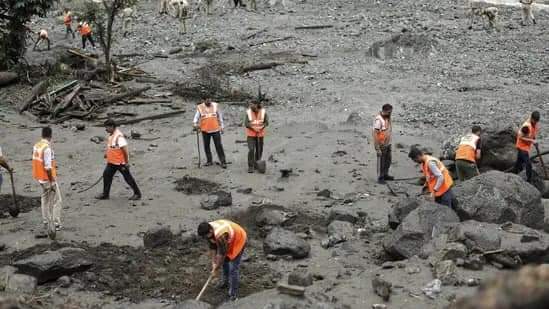 Jammu, Aug 5: There was still no trace of 19 persons including eight women who went missing following a cloudburst at Honzar Dachan in Kishtwar district.

On Thursday, rescuers continued the operation but there was no trace of those missing following the cloudburst and subsequent flash floods in the remote village on intervening night of July 27 and 28, the officials told GNS.

On Monday last, Director General of Police Dilbag Singh had an aerial survey of the village. He also chaired a high-level meeting during which, among others, he stressed the need for intensifying the rescue operation to trace the missing persons.

The police have also started a community kitchen since weakened to provide meals to affected people of village Hounzar. The police said to have erected tents to provide the temporary shelter at the site. gns