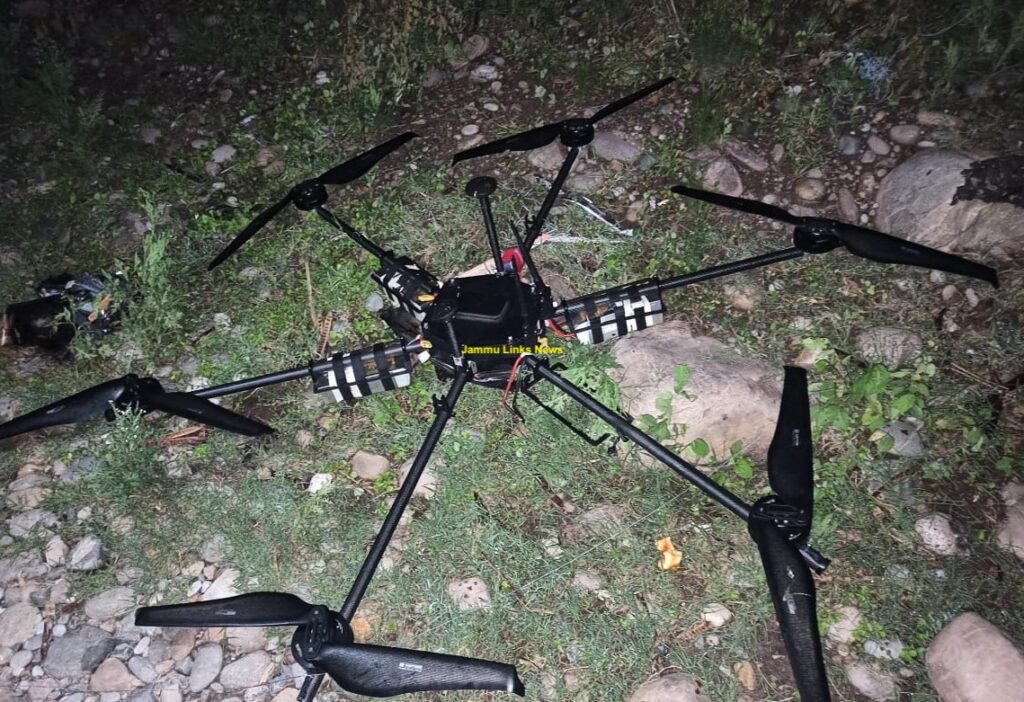 Jammu, Aug 2: Police on Monday said that four flying objects, suspected to be drones, were spotted in Samba district on Sunday.

A police official said that the drones were spotted by the men in uniform in Bari Brahmana police station.

The police did not open fire as the drones were flying out of range, he said. However, army personnel posted in 92 Infantry Brigade were informed.

SSP Samba Rajesh Sharma said that four “flying objects with red lights” were spotted and that they are suspected to be drones.

He said that security forces are already on high alert. gns