‘Dialogue between India & Pakistan only solution to resolve territorial disputes in South Asia’: US 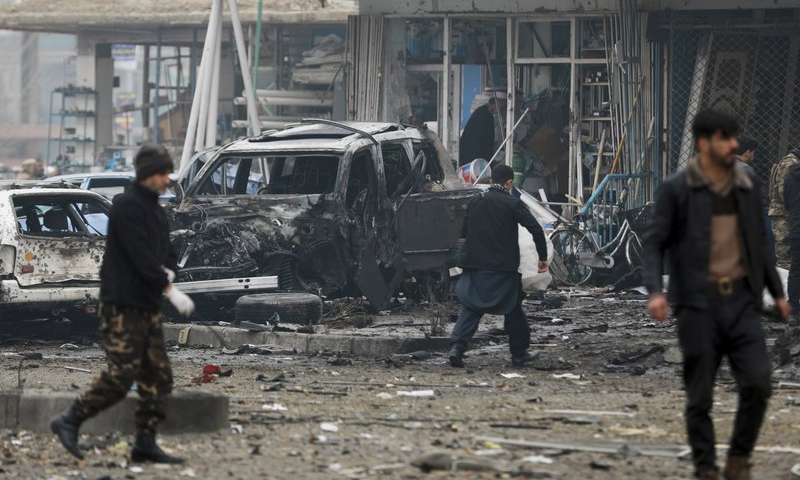 LONDON: The US administration hopes that Pakistan will play a positive role in de-escalating violence in neighbouring Afghanistan, with a US State Department official saying “it is not in Pakistan’s interest to see Afghanistan in a civil war”, the Dawn reported.

The statement was made by Zed Tarar, a spokesperson for the US State Department, who touched upon a range of issues being tackled by the US government during a briefing to journalists here, media reports said.

“Tackling the Covid-19 pandemic is a major priority [for the Biden administration]. Our administration is working tirelessly to defeat Covid globally. The US sent 3 million doses of Moderna to Pakistan this week, which was the second shipment after 2.5m vaccine doses were sent earlier,” Tarar was quoted saying.

He added that Pakistan has also been given $60 million in assistance to combat Covid-19, saying “it’s a small part in the hope that we can work with our allies to overcome the pandemic”.

When asked why US President Joe Biden has not made telephonic contact with Prime Minister Imran Khan, Tarar said: “There is no such thing [snub or oversight]. I would not read such a message into it. If you see our overall relationship, we have several engagements and are constantly in communication. Senior Pakistani officials are talking to their US counterparts and we are announcing that in a transparent manner, reports said.

“If we start going down the road of ticking boxes of invites and phone calls, it would be silly especially without looking at the broader picture.”

Tarar as per reports added: “We don’t see relations with Pakistan through one office or one administration. They are based on bilateral respect. I don’t know the logistics of why the phone call has not taken place, but I can say that the US-Pakistan relationship is an old one. If you see our actions, for instance the fact that the US sent 3m doses to Islamabad — there is no doubt that our relationship is strong.”

He also said: “Pakistan and the US have shared interests that aren’t going away. On that basis, we continue to speak on every level to officials in the Pakistan government, ” said reports.

On a question about the US role in Afghanistan, Tarar said: “We want the future of Afghanistan to be in the hands of the people of Afghanistan. We are not abandoning Afghanistan, we will work towards a better future but it is not a military solution. Our diplomatic assistance to Afghanistan will continue.”

Tarar said that both Biden and Secretary of State Antony Blinken recognise that civil war in Afghanistan is not in the interest of anyone in the region, reports added.

In response to a question about Blinken’s recent trip to New Delhi and the lack of discussion on human rights violations in Kashmir, Tarar said: “There is no silence as such on issues. When there are issues relating to allies, not just India, everything discussed [between officials] is not publicised — but that doesn’t mean something is ignored.”

He said that the US administration reiterates that “territorial disputes in South Asia have one solution: dialogue between Pakistan and India”.